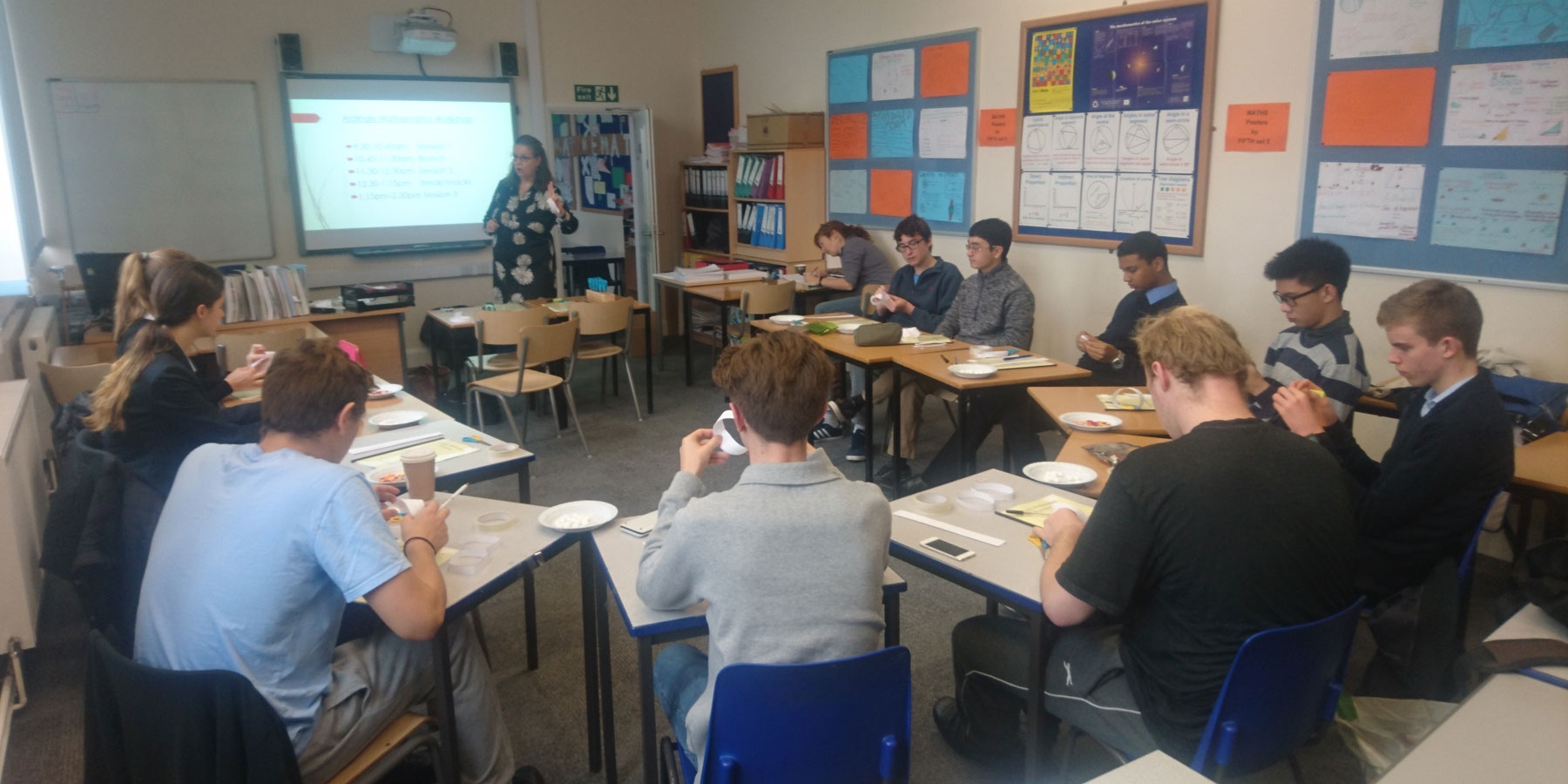 It has been a busy week in the Maths department. Firstly we received the results from the individual Senior Maths Challenge, sat two weeks ago. A large number of our pupils did very well with Adam Housby and Phoebe Tuckett in the UVI gaining Gold certificates, whilst many others gained Silver and Bronze ones. Phoebe produced the highest mark in the school and now progresses through to the next round of the Senior Kangaroo competition. In the LVI, Colin Cook and Polina Popova scored the highest marks and many pupils gained both Silver and Bronze certificates. Well done to all who took part.

Last Thursday saw Phoebe Tuckett, Lennart Fluer, Akshaj Krishnan and Luca Zileri dal Verme take part in the Senior Maths Team Challenge at Lancing College. As usual, there were three taxing rounds, each designed to tax the students’ mathematical ingenuity to the fullest, and requiring a lot of teamwork. The first round consisted of ten questions where only the fullest accuracy would do.  The second was a ‘cross-number’ – a mathematical crossword, and finally there was a ‘shuttle’ round where no question could be attempted without the previous answer. There were many potential pitfalls, a few of which managed to trap the Ardingly team, but the team are to be commended for their efforts, particularly in the Cross Number, where they scored more than 90%.

Finally, Sunday saw the traditional LVI Maths masterclass, for Higher Level IB and Further Mathematics pupils. It was delivered by Mrs Janet Mander, former Head of Maths and Deputy Head at St Edmund’s School, Canterbury. Mrs Mander, through a range of activities and explanations delivered three different, thought-provoking sessions, but with an under-pinning theme, which enabled pupils to learn new Mathematical ideas, use their own knowledge and Mathematical processes in new contexts, whilst also getting the pupils to question what was happening. She also showed how Maths can be related in both practical and real life situations-the final session ending with the production of a modular arithmetic symmetrical Battenburg cake! The pupils participated and interacted superbly, thoroughly enjoyed the sessions and were warm in their thanks and praise for their visiting speaker.