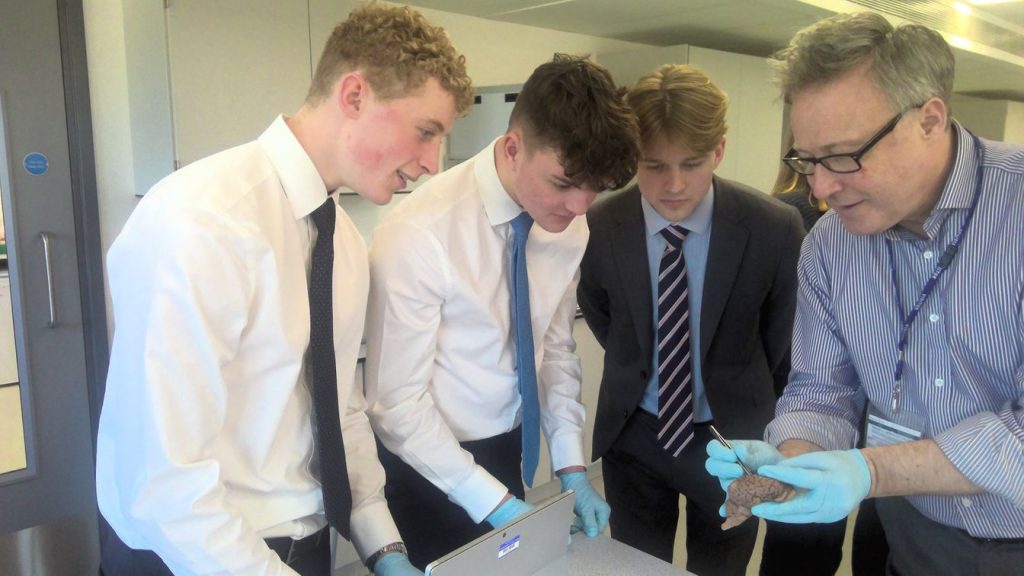 On Tuesday the 8th of March, the IB and A-Level psychology students were lucky enough to spend a day with Dr Guy Sutton discussing fascinating topics in psychology that went beyond our syllabus.

The morning began with an explanation of the brain’s structures, and the effect that drug use can have. We then moved on to talk about ways of measuring the brain, from fMRIs to the human connectome. We even learnt about how being in space can change the brain and why this has led to NASA hiring neuroscientists! After a short break, Dr Guy Sutton gave a talk about the violent mind. This included learning about the role of the MAOA gene, as well as how chemical poisoning and brain tumours can cause an individual to commit violent crimes. This led to a thought-provoking discussion on whether people can really be held accountable for their actions, and the implications that this has for the legal system.

We were then lucky enough to watch a dissection of a sheep brain and were given the opportunity to hold it for ourselves! After lunch, we learnt about the ‘shattered mind’, which involved an interesting presentation on schizophrenia and the neurodevelopmental basis of auditory hallucinations.

The day ended with one of the most exciting talks, the future of the brain. We learnt about how human brain tissue is being grown in labs, and what the ethical implications of this may be. Dr Guy Sutton also explained the interface between the brain and computers, and how technology-aided telepathy is on the rise.

We finished the session discussing the future of the brain and technology, and whether this changes what it really means to be human. We’d like to thank Dr Guy Sutton, as well as Ms Rice and Mrs Carter, for an incredible day which we all found fascinating and incredibly enjoyable.