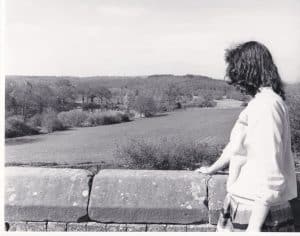 This term we celebrated a very special anniversary. In September 1972, for the first time in the College’s history, the letters DG for Day Girl were written next to three of the names in the school lists, and Ardingly’s journey to full coeducation began.

As we reached 50 years since these first steps were taken, we wanted to tell the story of these First Girls in the 1970s and 1980s and reflect on their legacy today.

Archivist, Laura Burchell, combed the College Archive for revealing records, and, of course, we listened to the First Girls themselves. Over several months, Development Director, Elinor Wood, chatted with as many of these trailblazers as possible, to find out what it was like to join a boys’ boarding school.

On Sunday 13 November we held a special day of reunion to celebrate these pioneers in coeducation and reflect on the impact they have left on the ethos and identity of the College today.

Heads of School, Catriona and Tiffany, gave speeches, 20 Ardingly musicians performed as part of the Upper Voices Choir, and New Era Society members delivered readings and volunteered as helpers and tour guides throughout the day, as our Old Ardinian guests reconnected with the College.

One OA wrote afterwards, “The girls who spoke did so with such confidence and pride.” Another praised the “wonderful and inspirational contributions from current pupils.”

In 1973, the Headmaster, Christopher Bulteel, wrote: “The girls are pioneers, taking everything as it comes, preparing the ground for later generations.” The current generation of girls at Ardingly certainly did us proud as we celebrated the pioneers who came before them.