Young Musician of the Year Ardingly 2017 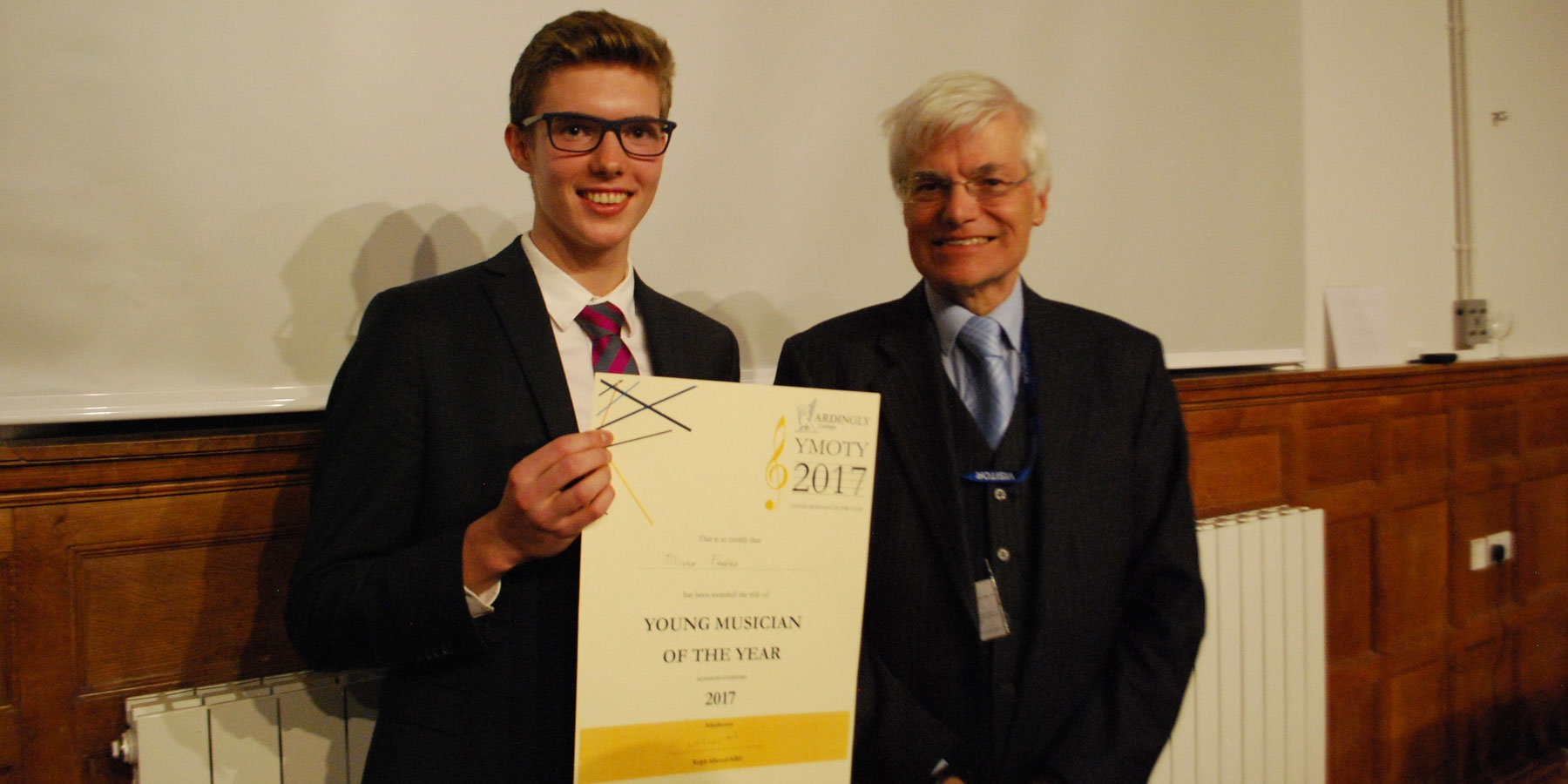 After a range of pupils had progressed through different instrumental categories and genres, 15 musicians sought the coveted Young Musician of the Year Prize on Thursday 16th March.

Following the Intermediate final on Monday which was won by Rebecca Horton, it was the turn of the advanced musicians to perform. The college was fortunate enough to welcome Ralph Allwood MBE to adjudicate and his insightful and characterful delivery afforded the pupils vital feedback on their performances, comments which will provide both inspiration and enthusiasm for their musical progression.

With strong performances across all categories, there was only space to nominate three prize winners although special mention must be reserved for Ashley Johnston, whose energetic and eclectic performance of her own composition was highlighted by the adjudicator. Polina Popova rounded the evening off with a clinical and polished performance of Mendelssohn’s ‘B Minor Prelude’ whilst Simon Walton’s stylish and carefully nuanced interpretation of Chopin’s ‘Nocturne, Op. 15, No. 2’ won him second place. However, the winner on the night was Oliver Ferres for his energetic and virtuosic rendition of Horowitz’s Clarinet Sonatina. All pupils who made the final must be congratulated, with an evening of music making which was truly enjoyable for all who attended.