Last May, it was held aloft at Wembley by the winning team, Chelsea Ladies, but on Friday, lucky students from Ardingly College posed with the famous FA cup.

Isabel Wilson, Sorcha Dunphy and Isabelle Liggins are students at Ardingly College but also play for Wasps’ Under-12s. They were alongside Lauren Graves, Sian Heather and Jenny Drury from Crawley Wasps LFC – who will face the giants of Arsenal in the fourth-round tie on Sunday 3 February.

Mike Gardner, who coaches at both Wasps and Ardingly College, said: “Being able to get near to the cup and meeting players the students look up to, has put smiles on their faces.

“We’ve got a few minibuses of children coming along to the Arsenal game, I’m sure they’ll enjoy it, and it’s a very nice cross over between the school, where I work and the football club, where I coach. Here at Ardingly College, we give great support to our female players – 150 girls get to play once a week.”

The Crawley Wasps players had nothing but praise for their coach: “Mike is an excellent coach, he is knowledgeable about the game and knows exactly what to work on. He’s one of the best coaches I’ve had and the

expert way he delivers our coaching sessions makes all the difference.”

All three ladies are excited about the forthcoming match, with lots of family, friends and work colleagues expected to turn out to watch. They had this advice for the young players they met at Ardingly: “Don’t put pressure on yourself when you’re playing – go out, enjoy it and you’ll do your best.”

They celebrated how popular women’s football is now becoming – two of the three players who visited Ardingly had started their careers by playing for boys’ teams. “Fortunately there are lots of girls’ teams around now – we get more coverage at a professional level, woman’s teams have a higher profile and ladies football is growing in popularity at a grass roots level.

Around 1,000 fans are expected at Tinsley Lane, Oakwood FC on Sunday (February 3) when Wasps, from the fourth tier of women’s football, host Women’s Super League leaders Arsenal (3pm kick off). 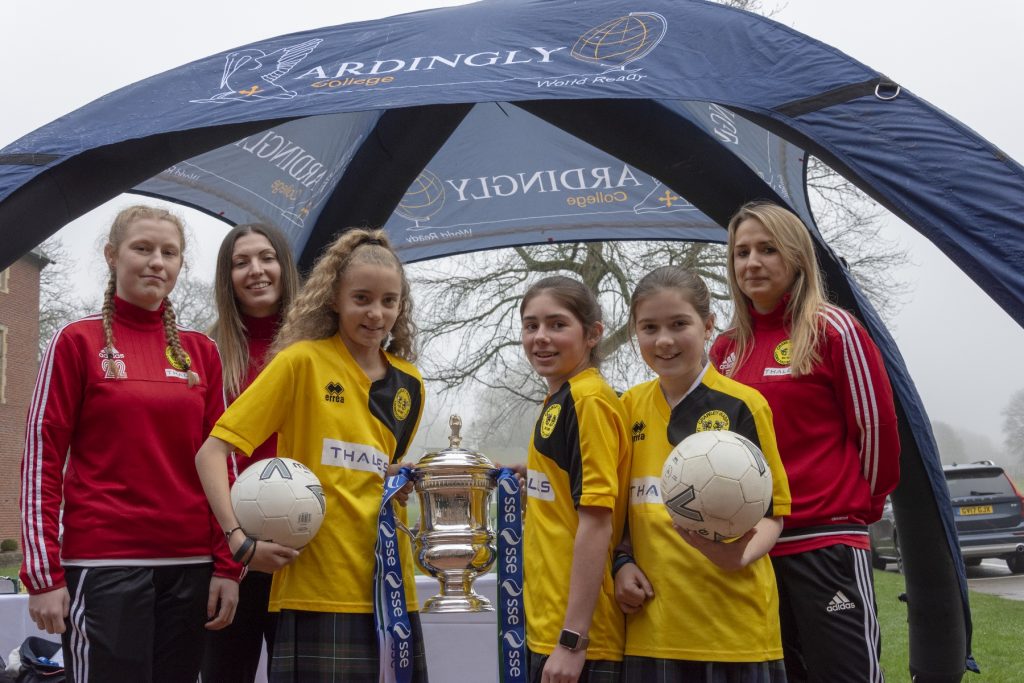