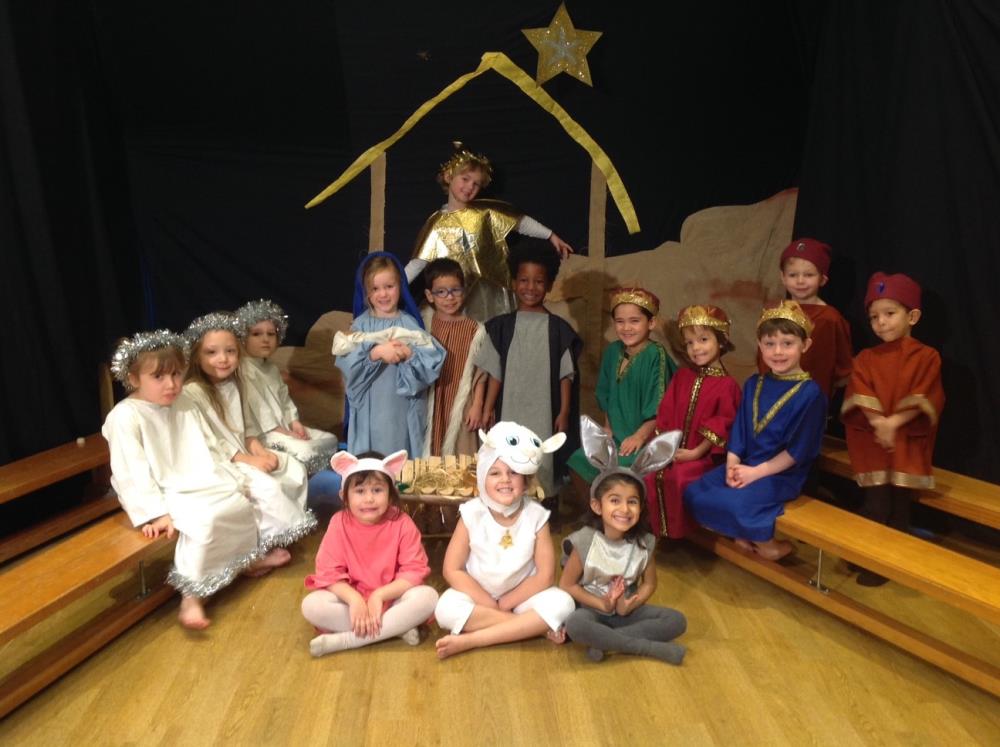 With wonderfully colourful costumes and beautifully clear voices the Early Years children wooed the audience with their performance of We Three Kings.

Highlights included their rendition of “Three Kings went to sleep”, in which The Kings are so exhausted from their long journey, they need a very long rest.  The actors sang with gusto, culminating with a crescendo of a loud snore and a giant yawn:

“Christmas has now officially started with this performance!  What wonderful acting and story-telling by the children who have grown so much in confidence.”

The performance closed with an encore of “If you follow that star tonight” which was met with rapturous applause!  Afterwards, the children said:

“That was the best Christmas play ever.”

“I’m not just proud of myself, I’m proud of everybody!”

“I loved the hats the Wise Men wore.”

“It was really fun learning it and doing it.  The best bit was when we gave our presents to Jesus.”

“I loved it that the Mummies and Daddies were here to watch us.”

“We were the best ever… and the best singers ever.”

“I liked that I had my own lines to say.”

“I really liked my part… being the donkey!”