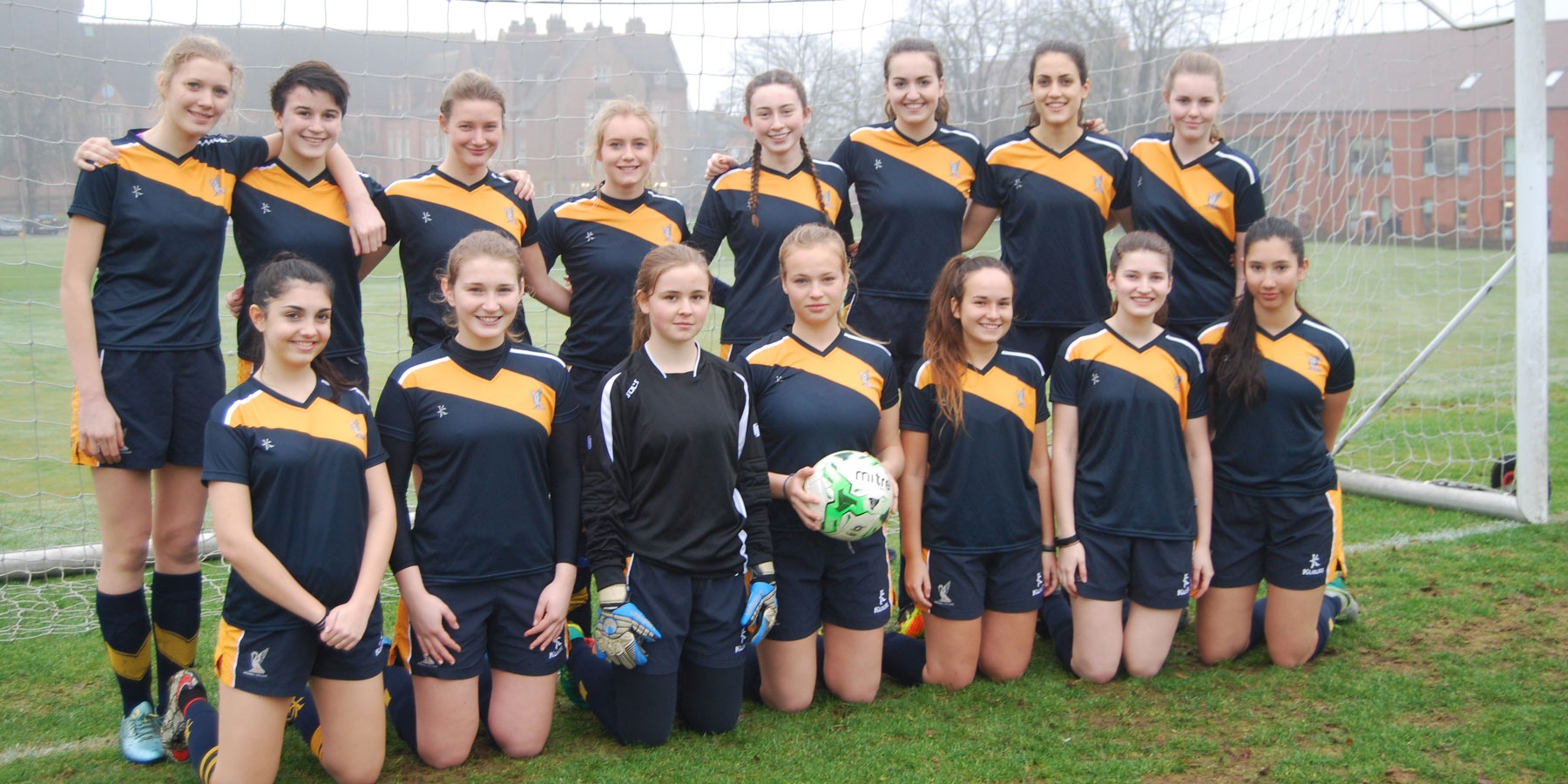 The Ardingly U18 Girls’  football team put up a brave fight against Cobham in the ISFA U18 cup quarter final.

Despite the final 4-1 score line in Cobham’s favour, the girls demonstrated just how far they have come in a couple of seasons since girls’ football was introduced at the College. Cobham girls are one of the country’s strongest sides but Ardingly did not make their victory easy. The girls showed determination and skill as they fought hard against this strong, established side; in the last ten years Cobham have reached the cup final an impressive six times and have won three titles.

The quarter final was a highly competitive and absorbing match on a dank and drizzly January day.  Cobham largely controlled the first half but found the Ardingly defence difficult to break down.  Freya Thursfield at left back looked accomplished and secure and the Ardingly defence was superbly marshalled by Alexandra Malzer who had an outstanding match.  Cobham’s attempts at trying to attack down the flanks were largely thwarted but they managed to get away from a clearance kick and raced away to score.  The second Cobham goal before half down was due to an awkward bouncing free kick.

Then Cobham were rocked backwards as Ardingly started the second half with real zest and determination and deservedly scored when a right wing cross wasn’t dealt with and Alice Southwood slotted home at the far post.  Cobham were now put under intense pressure as Ardingly drove forward in search of an equaliser but the Cobham defence held firm.  The third Cobham goal came as in pushing forward Ardingly were caught on the break, then a final goal came for them as they again broke free.

Girls’ football is growing in popularity at Ardingly College and is going to be offered as one of the main sports in the summer term and players will benefit from our experienced football coaching team.  The majority of the Ardingly team are in Fifth Form so this team can only go from strength to strength as the girls mature.

Spirits were lifted after the defeat when eight of the Ardingly players found out they had been chosen to represent the ISFA South East U18 Football team.  Alice Southwood, Sophie Crooks, Alexandra Malzer, Lisa Brautigam, Chloe Roger, Isabelle Childs, Isabel Malzer and Freya Thursfield will be competing against other regions such as the North, Midlands, South West and South Central to be crowned the regional National Champions in March at Harrow School.