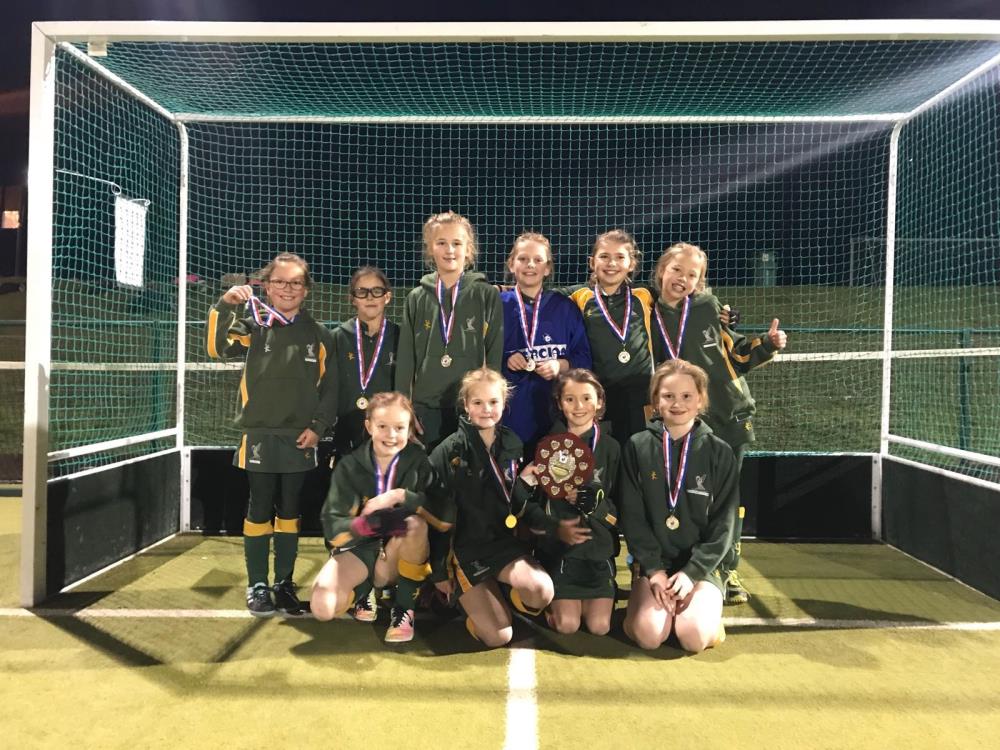 Ardingly travelled to Lingfield College for the East Grinstead Hockey Academy Tournament. The girls started the tournament well and breezed through their 3 pool matches with 2 wins and 1 draw.

Next up, Ardingly faced Brighton College in the Quarter Final. This was a more challenging contest for the girls yet they remained focused and were eventually rewarded with a goal towards the end of the match seeing them put through to the Semi-Final.

In the Semi-Final, Ardingly took on Saint Ronans; an unknown quantity. The girls took this match in their stride and although some tiredness crept in, the girls continued to work hard for each other. Another 1-0 saw Ardingly through to the Final.

The Final saw Ardingly and Copthorne compete for the Cup shield. Although this was a more evenly matched game, Ardingly were on the front foot for the majority of the game and created many attacking chances but were just unlucky not to find the goal. A score of 0-0 at the final whistle meant that the Final had to be decided by penalty shuffles.

Connie, Natalya and Annelise stepped up to the mark with Freya in goal for the Ardingly side. The first round saw both teams score each attempt meaning that the match had to be decided by sudden death. In a high pressured situation, the girls did amazingly well to stay calm and perform. In the second round of "sudden death", Freya made an excellent save which meant that Ardingly had won the Final.

Overall, the girls played extremely well for each other in every single game and it was definitely a team effort. The girls clearly enjoyed the day and they should be very proud of their achievement. Their positive attitude and their constant smiles made the day very enjoyable for me and I am very proud of their efforts. Well done, girls!