Welcome to the beautiful coast of Illyria where shipwrecked and heartbroken the Lady Viola lands after a dramatic sea rescue. She has lost her twin, so as a lone woman in a new land she dresses as a boy called Cesario and joins the service of the Duke Orsino.

She quickly falls in love with her new master, but he thinks she’s a boy and anyway he loves Olivia. So, he quickly sends his new favourite Cesario to woo the unwilling object of his desire but the minute that Olivia claps eyes on Cesario things get even more complicated!

Set in a December wonderland of love and deception Shakespeare’s winter comedy sparkles with wit, cruelty, and desire. Brought to you by actors from our Sixth form and performed in a socially distanced bubble in our transformed performance space “the Under”, this filmed production is a delightful exploration of Shakespeare’s icy love story 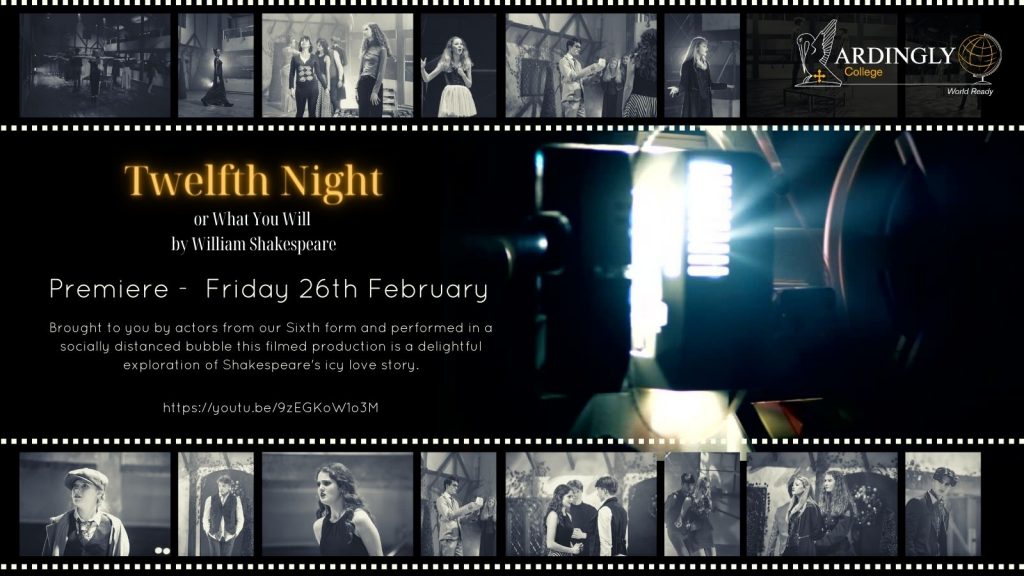