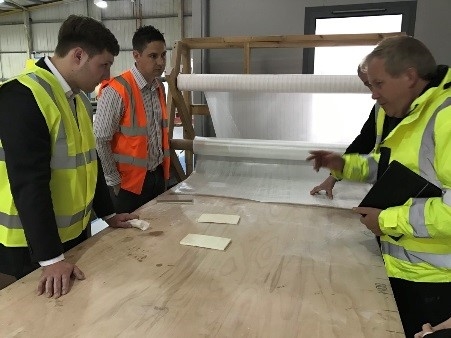 Due to a recent visit to Cordek, by Dr Spiers and a few students, the manufacture of the body of the new Solar Car is successfully underway!

Two weeks ago the Ardingly Solar Car Team visited Cordek in Horsham who are one of Europe’s leading mould manufacturers. They specialise in creating moulds for the construction industry but want to embark on creating a car mould with the Ardingly Solar Team. The team met with Cordek’s Design Manager to discuss the manufacture of the mould which will be used to create the Car’s body. We were then taken on a factory tour to see the manufacturing process in action. The meeting was a huge success and we now look forward to seeing the mould when it arrives at Ardingly