The sixth Shakespeare Conference was an exceptional success. 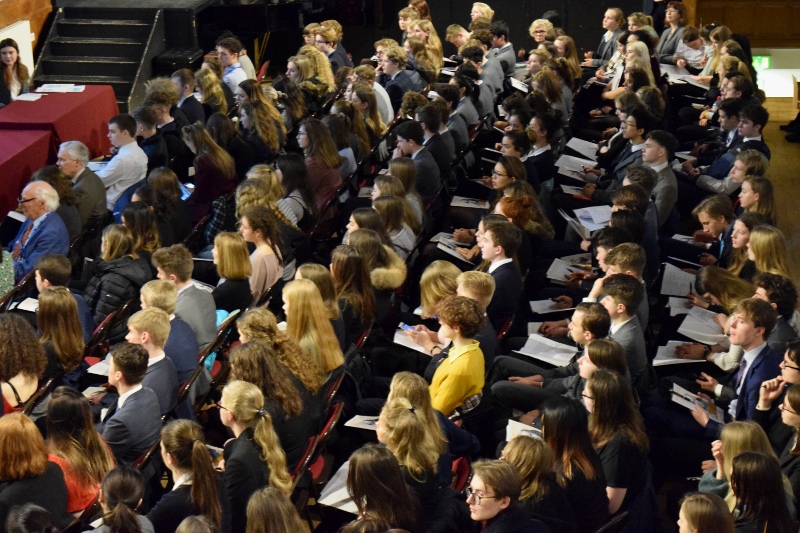 The theme this year was “Rebellion and Conformity” and the day started with students listening to three riveting lectures by our invited keynote speakers: Professors Ewan Fernie, Grace Ioppolo and Carol Rutter.

After that Ardingly College students and pupils from visiting schools dispersed into a wide variety of research paper panels. There were a total of 55 papers on Shakespeare delivered over the course of the day, including: “Portrayals of Jeanne D’Arc in Shakespeare and Schiller”; “’The eroticism of chastity in The Rape of Lucrece”; “Julius Caesar: Brexit, the crowd and the failure of reason”; “In the Original Klingon: Shakespeare, Star Trek and Saxo Grammaticus” and “Rebellion and Conformity in The Tempest and Sibelius”.

Later in the day a discussion session included the Shakespearean actor Leander Deeny, which was very well received. This was followed by a theatre performance from The Unmasked Theatre Company. A big thank you to everyone who offered a paper, to the members of the Shakespeare Society, who organised the day, and to Wang Sum Luk and Ulyana Klymyuk who chaired the keynote lectures and the discussion panel.  An wonderful conference celebrating the works of a remarkable man.