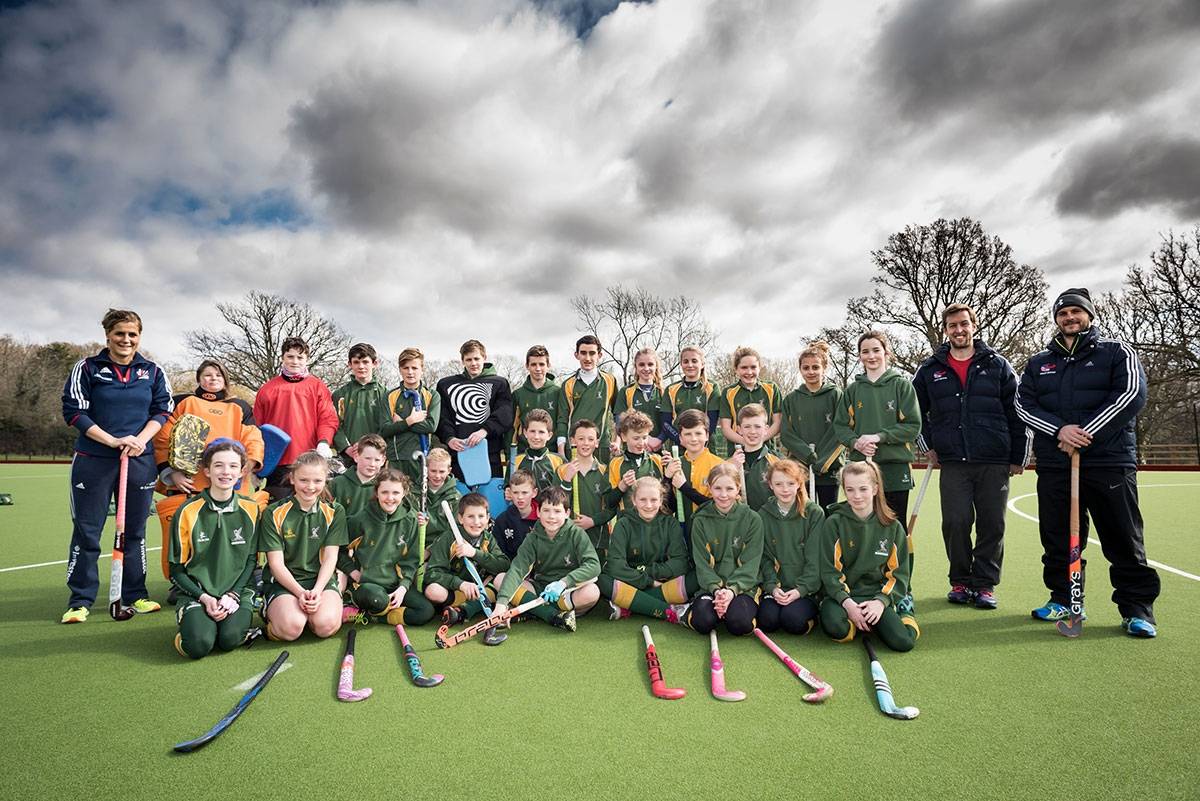 Three Team GB hockey stars currently preparing for the Rio 2016 Olympics were at the official opening of a new state-of-the art, all-weather pitch at Ardingly College at the weekend (March 20).

Gibbs Field was formally opened by Mrs Philippa Gibbs, widow of David Gibbs, who was a former pupil and an inspirational governor of Ardingly College, an author and past Headmaster of Chigwell School in Essex.

After the opening, Ashley Jackson led a drag flicking masterclass. He told the pupils that the successful drag flick was the difference between winning and losing major matches – and he offered Ardingly Prep School and Senior School goalkeepers the chance to have a go at saving his!

Ardingly College head of hockey James Stedman said: “This was an incredible opportunity to have three of the best hockey players in the world all at Ardingly at the same time.  Our students learnt so much from the best of the best and can now use our amazing new facility to train up and follow in the footsteps of these hockey champions.”

The day concluded with a tournament between the staff, students and former pupils, knows as Old Ardinians (OAs). It was won by the Upper Sixth Leavers who beat the Staff 3-2 in the final, despite the Staff having five National League players in their side (Rob and Clarissa Schilling, James Stedman, Richard Lane, Darren Cheesman).

As Mr Stedman said: “I put the pupils’ win down to good coaching!”