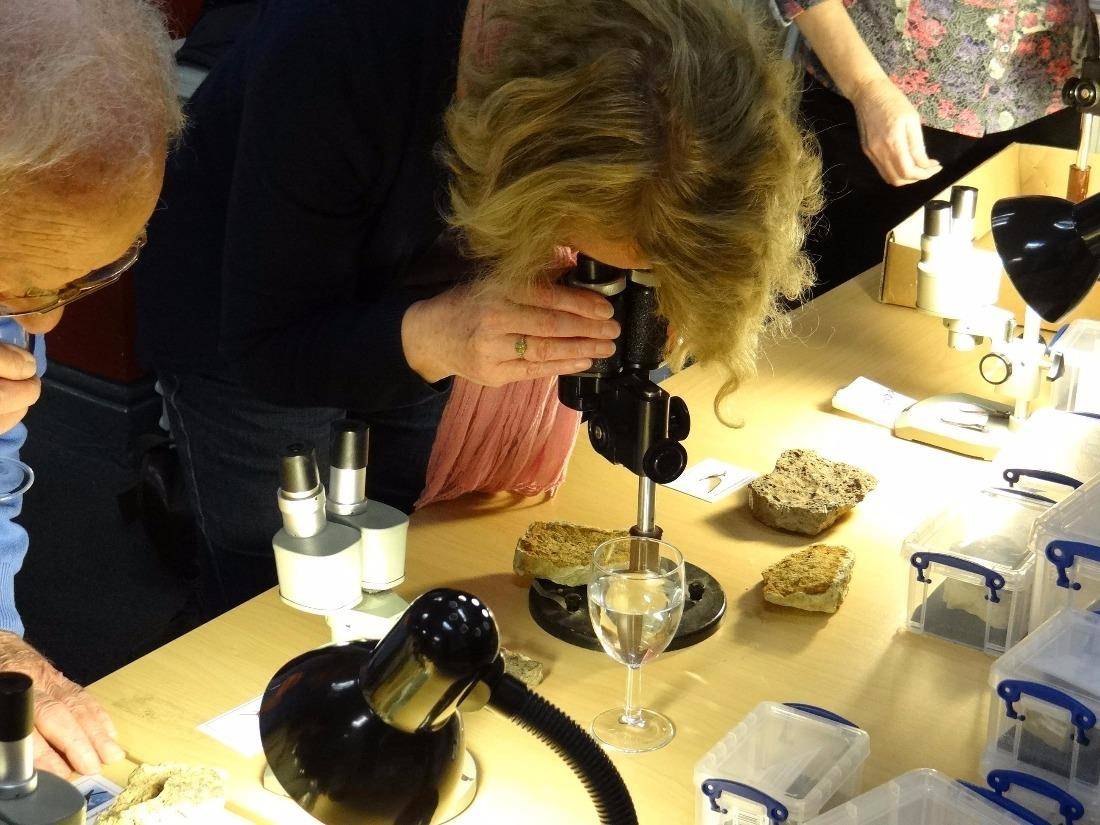 On Monday 8 February students at Ardingly College were joined by eager members of the public to enjoy a talk given by Dr Susannah Maidment from Imperial College, London. The talk focused on fossils found at Ardingly, following the excavation of Godwin Hall in June 2013. Around sixty people attended the event, comprising specialists, students, old Ardinians, interested locals and members of the Royal Society of Biology.

The talk uncovered the fascinating history of the Ardingly College site, telling the story through fossils found under the ground. Dr Maidment explored the prehistoric flora and fauna of the local area, known as The Weald, uncovering a fascinating tropical world very different to our own. All the finds date back to the early Cretaceous period, around 140 million years ago. Amazingly, this timescale means that the best-known dinosaurs, such as Tyrranosaurus rex, are actually closer in time to us now, in the 21st century, than they are to the far more ancient Ardingly fossil dinosaurs.

Intriguingly, one of the fossil finds appears to be a tooth from a previously undiscovered species of small dinosaur (or possibly a baby larger dinosaur!). The tooth find was particularly significant as we currently have relatively limited knowledge about the expansion of species during this time. The Ardingly Fossil Club hopes to find more evidence linked to this species in order to work towards naming it, as we continue to process the finds. During the excavation we also discovered a pterosaur – a type of flying dinosaur previously unknown in this area. These animals would have been joined by a host of other species evidenced in the finds, which come together to build a vivid and lively picture of pterosaurs flying in the sky above swimming hyperdont sharks, with small crocodiles splashing alongside the water, eating freshwater mussels and other shellfish.

Lecture attendees also learned about the plants, such as ferns and monkey puzzle trees which used to populate the college grounds. Baryonyx and herds of iguanodons roamed the tropical habitat around Ardingly which at the time was full of freshwater lagoons. Burnt matter from the site also tells specialists that the area probably had lots of wild fires.

This fascinating talk opened a window to the world millions of years ago, and was an amazing celebration of the legacy of the ‘Dino Dig’ and of Ardingly College’s partnership with the science community, as we continue to explore and learn about our very distant past.