Superb Results for our Swimmers 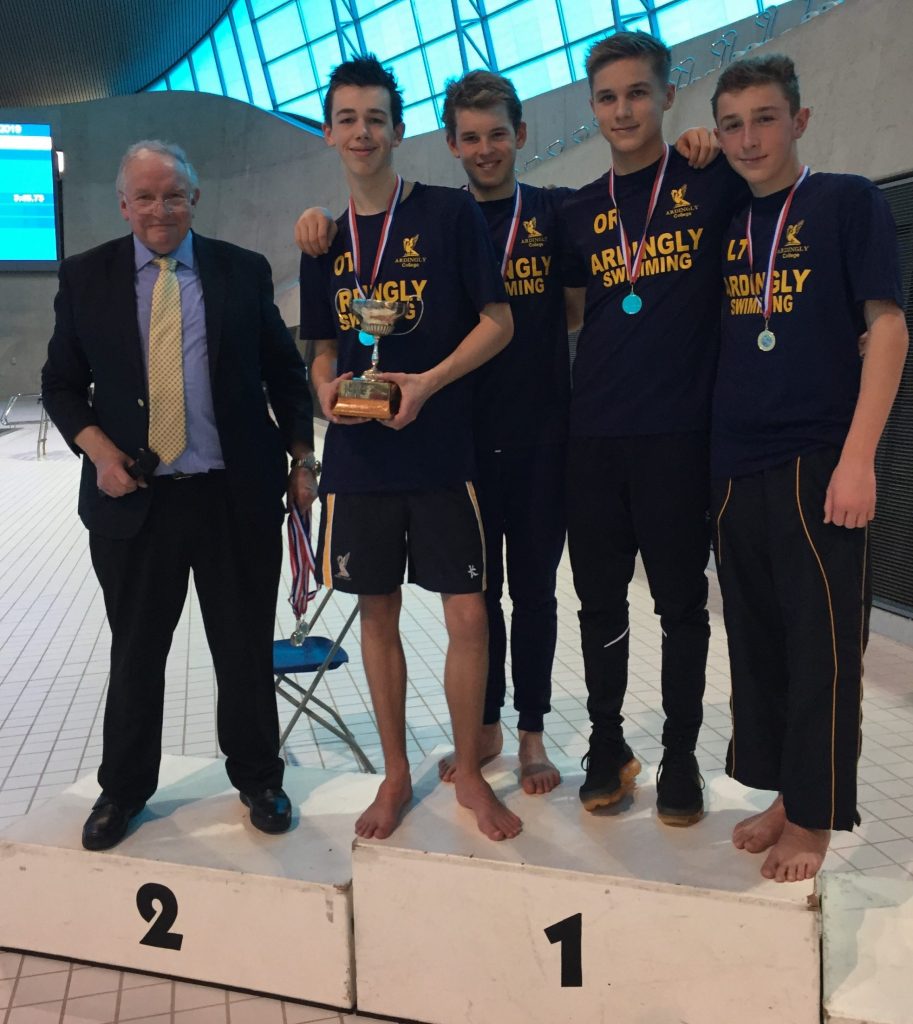 The boys were winners of the 4x100m freestyle relay, bringing home the Aldenham Cup. Not content with that, they also went on to win silver in the 4x50m medley relay.

The girls did fantastically well too, achieving 5th place in the finals in both the freestyle and medley relays, after an intensely competitive series of races.

The Bath and Otter competition is the largest swimming event for independent schools in the UK. It has been running since 1910.  The boys were pleased to receive their trophies from John Nalson, pictured with our winning team, retiring this year after 30 years in charge of the competition.

Ardingly swimming coaches and supporters are very proud of the students’ achievements: this is the first time the Aldenham Cup has been won by the College.