As pre-season training commences this week at Ardingly College for our Elite footballers and hockey players, some of our athletes have continued to have a busy Summer. 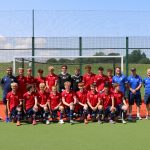 One of those busy athletes was Jack a leading Ardingly College hockey player who had the pleasure of playing for England U16 hockey over the summer. The team were unbeaten in games against Wales and Scotland. Mum was delighted too with the support of the school:

We wanted to say a big thank you once again to everyone at school who has helped and supported Jack over the past few months, with extra coaching, fitness and conditioning. We feel very lucky/ thankful that he found his way to Ardingly College. 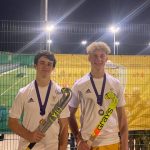 Also on the hockey pitch, George and Josh put in strong performances playing for Saxon Tigers U17 Boys in the England Hockey Futures Cup tournament and came away with runners up medals. 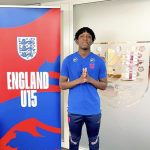 Exciting news for Shim as he got called up to U15 England football and he is only 13. He will be looking forward to joining the Elite training programme in the Senior School next term. What a summer for Ella. Second at the U17 world kite foiling event and has been selected for GB in the U19 youth world championships in Oman. 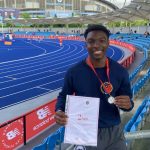 At the beginning of the summer Timi came 2nd in the 200m National final. As captain of the 1XI football an exciting year ahead awaits Timi.

After a week of training at Ardingly College, the pre-season training will continue at Bisham Abbey. Alongside a full sports programme the boys and girls will also enjoy some leisure activities to encourage team building.

We put together a series of pre-season training programmes that students could follow wherever in the world they were over the summer. They have been working hard to ensure they can hit the ground running as they come together for team training. After such a disrupted year, the coaches and students cannot wait to get into training and competitive matches, they are very excited to be going Bisham Abbey to experience the world class training facilities and be able spend time with their team mates.