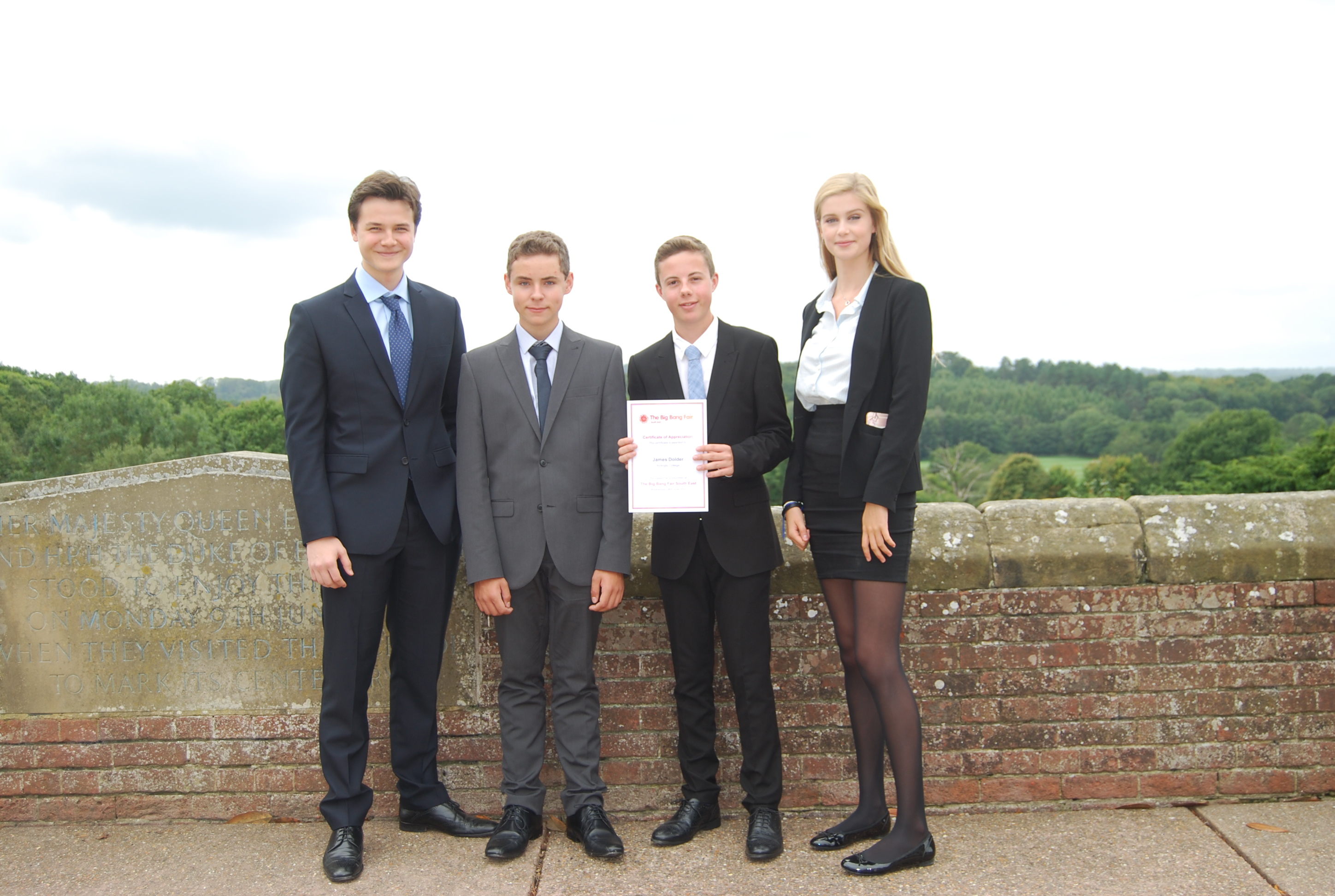 Earlier this year, after their GCSEs, four students from Ardingly College attended the South East region Big Bang Fair. An interactive event that celebrates young people’s achievements in science and engineering, the fair attracted 9,000 local pupils from across the region. Our volunteers were part of a team working in the ‘outside zone’, directing visitors, answering questions and assisting exhibitors. They made a particularly great effort in boosting the social media campaign by approaching school students and asking them to tweet pictures with the pledge cards.   Rachel Day, the project co-ordinator for STEM Sussex, was full of praise for the four students: “They were a joy to work with. Throughout the day, they were enthusiastic and were willing to help with a multitude of jobs