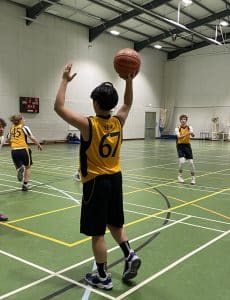 There are 19 different sporting activities taking place in the senior school as part of the games and EP programme, our aim is for each student to find at least one physical outlet that they can enjoy for their social, mental and physical wellbeing. Outside of our major sport the basketball squad is busy defending their Sussex title and under coach Carl are looking to develop a U15 and U13 team. In fencing Ollie Hughes has represented GB this term. Golfers, despite a traumatic term with the weather have reached the next round of HMC Foursomes competition with three golfers boasting a single figure handicap: Jensen, Nicky Lautre and Alice Jonsson. The formidable U14a netballers have progressed to the next round of the Nationals. 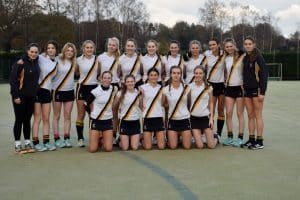 Boys football and girls’ hockey are the main sports in the Michaelmas term. Congratulations to the 1XI hockey who made it through to the National quarter finals and to the 1st Boys football, who are currently 4th in the league.

On an individual basis congratulations to Biba Mills and Jack Webb who have made it through to the England hockey U16 and U18 respectively.

For football to Archie Eaton, Teddy Munday and Jay Johnson;  Adam Lonsdale and Ollie Cash ISFA U16, U17 and U18. Poppy Chance ISFA U16.

Mention also to our Hockey coaches; Joe Naughalty, representing Wales in the World cup in the new year and Chloe Brown representing Ireland in South Africa next week.

The swim squad continues to be one of the top school teams in the country. The Senior Squad became Sussex Cup Champions and have won 2 rounds so far of the Sussex League.

We made our debut at the ISA National Finals with 15 Year 7&8 swimmers representing London South. Ardingly swimmers won 10 medals.

6 relay teams qualified for the ESSA National Finals with 2 making their final and 1 was 1st reserve.

2 Senior Squad swimmers competed at the National Championships in Sheffield with Hollie making 5 finals and winning a silver medal. Hollie made her Senior Great Britain International debut in October swimming in the World Cup in Berlin

Karen Pickering, MBE, Head of Swimming at Ardingly College has been entered into the English Swimming Hall of Fame created by Swim England to honour the achievements of individuals who have made a significant impact on aquatics. Karen was the first British female swimmer to win a World Championship title when she took gold in the 200m freestyle in 1993 and competed at 4 consecutive Olympic Games. She set two World Records, was four times World Champion, won 14 European Championship medals and 13 Commonwealth Games medals including four Gold.

Whilst we recognise the achievements of our highest teams and athletes’ credit must we also go to each student who has represented the College, regardless of level. Unity, commitment and leadership are just three qualities that sport calls on.