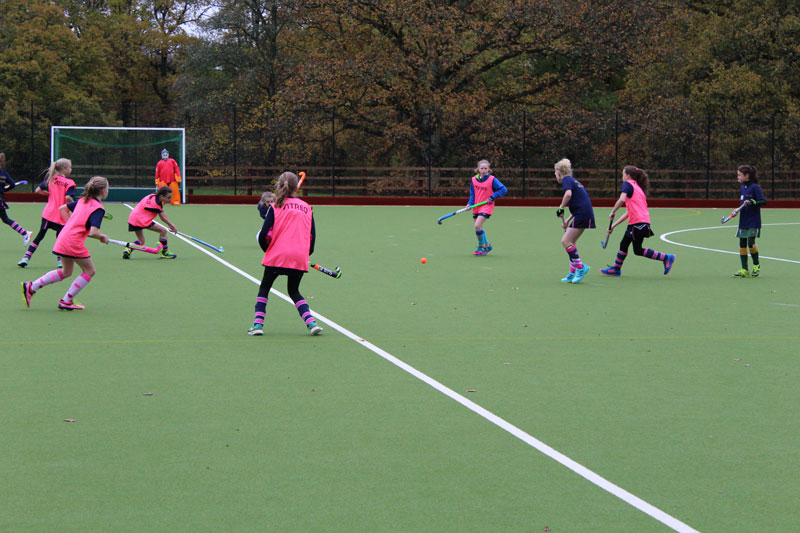 The girls went first with a hockey masterclass led by Hannah Macleod, Olympic Gold medallist.   She was joined by five Ardingly College coaches who have played in the England men’s and Investec women’s national leagues. Despite the inclement weather, the girls learnt a lot in the training sessions and played brilliantly in the matches.

The boys’ masterclass later in the day was led by Ross Millard, Head of Football at the College and a former Manchester United player. He was joined by his impressive coaching team and some of the 1st XI team and the boys had a great afternoon training and playing matches.

All the children were given goody bags, a certificate and a hearty hot chocolate as a thank you for all their hard work.

Afterwards, one parent commented:  “My child had a fantastic day at the Masterclass.  It was very well run. Thank you very much to Ardingly for organising it.”

The masterclasses complement the coaching offered at the College and the Elite Sports Programme run here. To open up our Elite Sport Programme information leaflet plese click here.

If you have a child that may be interested in attending a football, hockey or cricket masterclass please click here.