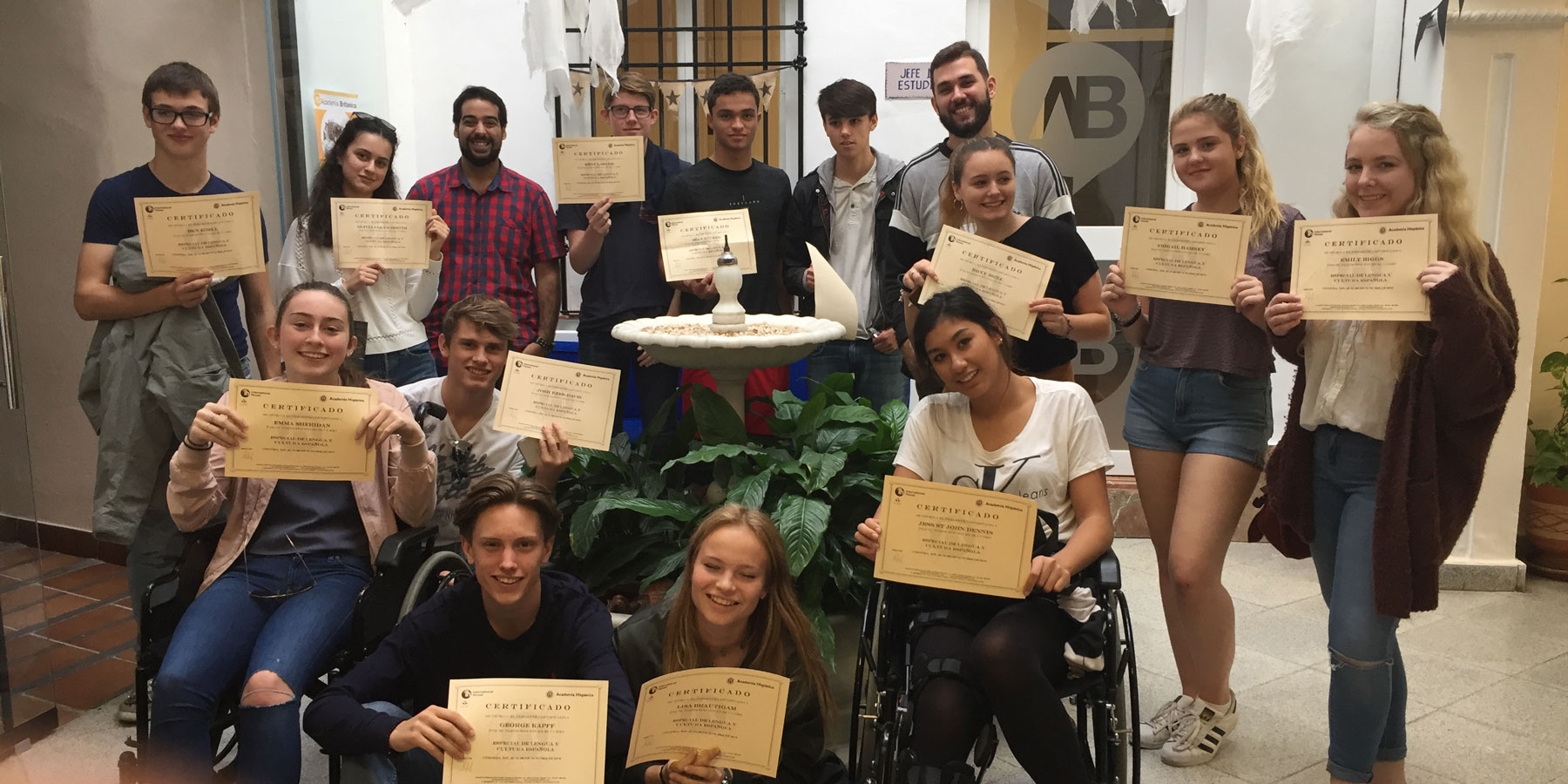 The last Friday of half-term saw the VIth form Hispanics set off for a week of immersion in Spanish language and culture. By evening they had arrived in Córdoba in the South of Spain, met their host families, and settled into their new home for the week.

Students of A level, IB, LVI and UVI were divided into two levels for lessons, both in the Academia Hispánica and occasionally putting their skills to the test on the street, conducting surveys or asking their way around the city. In the afternoon they met with Spanish students of their age, doing speed-dating style conversations, or meeting up in tapas cafés and bonding over the latest memes.

Down-time allowed students to explore the amazingly beautiful and historic city of Córdoba with its labyrinthine streets, flowery patios, bustling bars. The mosque (once the second largest in the world) which envelops the newer Cathedral, stands as a reminder of the 600 years that the Arabs ruled Spain, before the reconquest by the Catholic kings.

A day trip to Granada allowed us to wander through the magical Alhambra Palace and gardens. Perched above the town it bears witness to the sophistication of the Arab culture of the Middle Ages.  We experienced the resonance of this exotic past in a languorous afternoon in an Arab tea house and, as we ate an evening meal, in an arresting display of flamenco , virtuoso guitar, rhythmic clapping, stamping and twirling in a fusion of grace and power.

After a brilliant week, sixteen hours of lessons, and countless conversations, students return with an unmistakable newfound confidence in how they communicate in this second most widely spoken language.