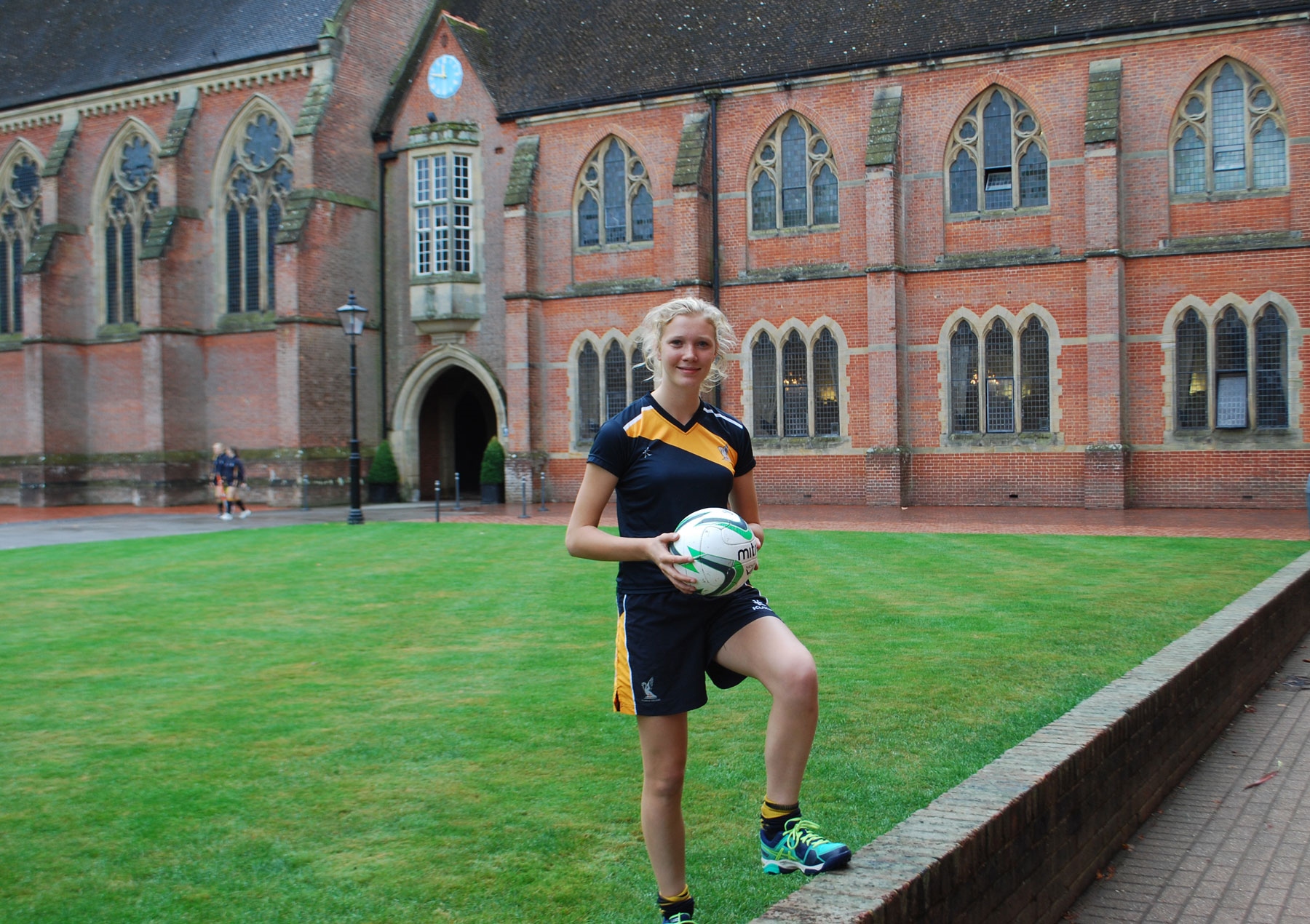 Fifth Former Sophie has become the first girl in Ardingly College’s history to be selected for the National U16 ISFA football squad. Holder of The Mark Lawrence Scholarship, sophie is one of the very few girls selected who do not play for a professional academy – another example of Ardingly supporting sporting talent alongside academic studies. She has also battled serious back problems to achieve the level of fitness that enabled her to be selected.

Ardingly College Head of Sport James Clarke said: “Sophie had scoliosis and a back operation at the end of 2014 and wore a back brace for a few months whilst she recovered. She is also in our 2nd Hockey team and plays tennis. Her selection for ISFA is a huge tribute to her grit, determination and, of course, talent. It is also yet another example of Ardingly College supporting all-round sporting excellence alongside academic studies and intellectual and musical achievement.”

The Mark Lawrence Scholarship was established in 2011 following the untimely death of an Ardingly College father-of-three from Lindfield, Mark Lawrence, who was a scientist and a keen sportsman. The aim was to provide a scholarship at Ardingly College for a child of high academic ability excelling at science who would not otherwise be able to attend without financial assistance.

Sophie was selected from a group of 80 at the first ever National representative trials day for girls. She will now attend a Development Camp at Cambridge on Thursday 27th & Friday 28th October.