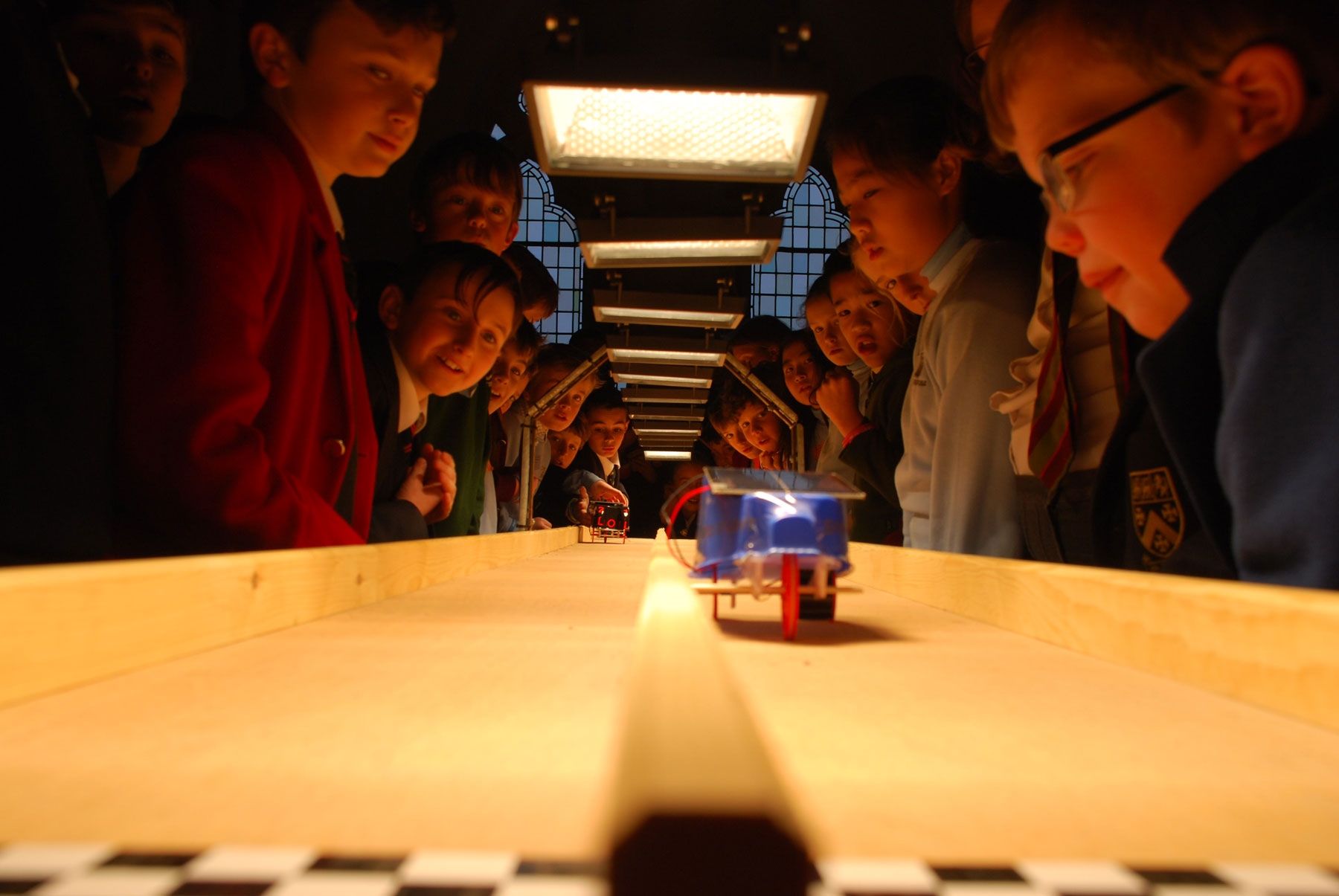 Year 6 pupils from Ardingly, Lindfield Primary, Great Walstead, Copthorne Prep, Pennthorpe School, St Andrew’s Prep School, Ashdown House,  Belmont School and Handcross Park were following the example of Ardingly students who designed and built their own Solar Car which raced across Australia in 2015. The day was broken down into the four STEM areas so that each team could design and build their very own miniature Solar Buggy that would be raced later that day.

M – trigonometry (angles of the sun)

After many very close heats, Team 19 was victorious and Nicola Burns, Head of Ardingly Middle School, said: "The enthusiasm and eagerness of these budding young engineers and scientists was simply infectious. They listened to every piece of guidance given, worked with other children they had never met and learned that when it comes to a 'building' project, there will be problems to overcome. The atmosphere in the final race was electric – unlike the Solar Buggies they were racing!"