In keeping with that of the College as a whole, the aim of Rhodes House is to provide a safe, caring environment in which the members of the house can develop their academic potential and individual talents. A keystone of the house is mutual respect of person and property where differences are cherished, friendships nurtured and tolerance is the norm. Rhodes is a house where we welcome diversity. During the busy day’s pauses it is a place where the boys manage to relax and enjoy their free time. After 5.30pm it quickly becomes quieter and more conducive to work, should the boys wish to stay. There are two dedicated work areas equipped with many computers, so in Sixth Form there is ample opportunity for them to work during their study periods. We have a dedicated team of tutors, many of whom have been with Rhodes for years and understand the individual needs of an Ardingly day boy. The rooms are varied in size and the house is not segregated into year groups, thus giving the older boys a chance to help and encourage the younger years. When it comes to inter-house competitions the boys’ first objective is to enjoy and do their best – if they win, which they often do – then it is a bonus! 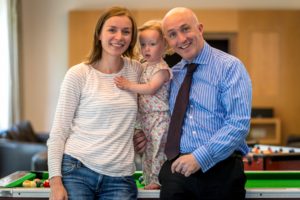 Mr Bennetts studied in a number of UK universities before embarking on a career in teaching, commencing with a Physical Geography degree at Reading University.

Away from teaching Geography, he is a member of Haywards Heath Cricket Club. On Thursday evenings, when not injured, he can be seen showing the Woodard boys how indoor football should be played!

His main interests are mostly sporting, with a particular passion for American football. Mr Bennetts is married to Radka and has two young children, Hannah and Zachary. 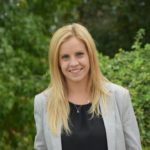 Mrs Carter was appointed Assistant Housemistress in 2018 after joining Ardingly in 2015 as a Psychology teacher. She studied at the University of Leicester, completing both an undergraduate degree in Psychology and Biology and an MPhil in Neuroscience, before undertaking a PGCE at Canterbury Christ Church University.

Outside the classroom, Mrs Carter is involved with girls’ football and enjoys all things competitive, including tennis and long distance running. After completing the London Marathon a few years ago, she now sticks to half marathons! She is also a keen amateur baker.