The ethos of Neal House is to inspire students with a belief in themselves and their abilities. The House motto, ‘Pulchritudo Omnia Vincit’ (‘Beauty Conquers All’), captures the principle that the beauty in everyone, of spirit, of mind and in all its forms, should always be brought out and celebrated rather than hidden. 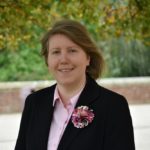 Mrs Pedlingham became Housemistress in 2011. She teaches Design and Technology at Ardingly and has been at the College since 2009, having moved from Hillview School for Girls in Tonbridge.

An assistant leader for a local Guide group, Mrs Pedlingham has been volunteering with the Guides since 2005, organising activities such as camping, abseiling, rock climbing, and canoeing. Her interests include music, cooking, travelling and all types of craft.

Emily became Assistant Housemistress in 2019 and is also a teacher of Design & Technology. Alongside teaching she runs the college Cooking EP and is a regular on the school racing ski trip. Emily has recently become a qualified Jazzercise instructor and runs weekly classes for students and staff throughout the year. As an avid netball player, she coaches and umpires at school fixtures and her enthusiastic voice can always be heard from the side line.