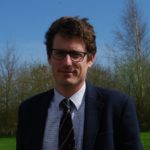 Mr King joined Ardingly College in the Trinity term 2018 from Oundle School after graduating in Politics and Law. At Oundle School he was Head of Politics, Head of Football, Deputy Housemaster and Child Protection Officer. He has led sports tours at home and abroad and has coached for ISFA. Mr King’s interests include sport, cooking, current affairs and supporting Bristol Rovers.

His wife, Genny, taught Art and History of Art and was a Deputy Housemistress and tutor in a boys’ house over the same duration at Oundle. They have a young daughter, Lilac, and a disreputable terrier, Tinker. 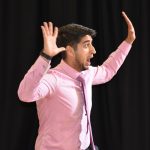 Mr Hussain joined Ardingly College in the Lent term 2019 as a member of the Drama department. He came from Beechwood Sacred Heart as the Head of Drama there, having completed his PGCE and MA in Secondary Drama Education at the University of Sussex. He has prior experience in being a pastoral tutor as well as a boarding assistant before joining Mertens House as an Assistant Housemaster in Michaelmas 2019. Mr Hussain is a keen theatre enthusiast and has a deep-rooted passion for all things theatrical, apart from Musicals! He occasionally still works alongside 2MAN Theatre delivering a wide-range of workshops to educational institutes in his spare time. Other interests include Martial Arts and Running.

Each of these areas has its own toilets and shower facilities, and a Brew Room (small kitchen with kettle and toaster).  Beds have storage underneath, and there’s a wardrobe and desk with book shelving. All rooms have sinks and lockable drawers for valuables.

The large, ground floor common room is where callovers and house meetings are held.  It has Sky TV, a Home Cinema System, a piano, pool table, table football and PS3 games console. It’s the social hub of the house, where visitors are allowed at certain times.  A Quiet Room has six PCs and a diverse library of books and magazines. Wi-Fi is available throughout the house.