These will be virtual if we are not able to welcome visitors on site. 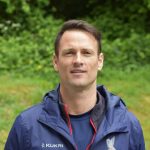 Mr Lane took over as Housemaster in Hilton in 2019 after being Assistant Housemaster of Crosse. After studying Sports Science at the University of Birmingham, Mr Lane spent seven years working as a hockey professional in independent schools.  During this time, Mr Lane played and captained Cannock HC in the National Premier league, winning five league titles and three silver medals at the European Cup. He also represented England in both indoor and outdoor versions of the game and was in the GB squad prior to the 2008 Beijing Olympics. Mr Lane joined Ardingly College in 2013 as a Biology teacher and hockey coach and he continued to play hockey professionally for Holcombe HC. He currently runs the hockey at Ardingly and is passionate about individual development and sport for all. Mr Lane’s passion for Biology stems from his childhood. He always had a love of nature and the environment, with a special interest in birds of prey and falconry.  Richard immerses himself in the house system and has previous experience running activities, drama, and sports for the students in his care.

Mr Jerrit became Assistant Housemaster of Hilton in January 2020 having already been attached to the House as Boarding Assistant. He first joined Ardingly College in 2015 as Head of History and Head of Fencing from Epsom College where he taught History and Politics. Before becoming a teacher he worked as an Assistant Director in Film and Television of productions including “The Bill”, “Eastenders”, and “Harry Potter and the Prisoner of Azkaban”.

His wife, Gabbie, is a teacher of Biology who has worked at Christs’ Hospital, Epsom College and Perse School Cambridge. They have two children, David and Louisa, and a friendly Shi Tzu dog, Toby.”

Mr Condoumy joined Ardingly College as House Supervisor in Hilton in 2019 after being Pupil’s Supervisor and House parents in a boarding school in South of France. Mr Condoumy worked in London for 7 years as Pupil’s Supervisor in the Lycée Charles de Gaulle and the Bilingual French-English College of London (CFBL) and therefore has brought a wealth of pastoral experience to the team.

The highly-experienced tutor team each have a duty night where they help to supervise Evening School (a period after dinner when the boys do their homework in house). They cover Chemistry, Philosophy, English, Music, Drama, Biology, Geography and many more subjects, and there will always be someone on hand to help anyone struggling with homework tasks.

Hilton also has two Parent Representatives, who are happy to answer any questions from prospective parents.

Hilton has accommodation for 64 boys.  The boarding accommodation is located on three floors with four distinct areas divided by year-group.  Each area has its own toilet, shower facilities and a Brew Room (a small kitchen with kettle and toaster).  Each boy has a bed with storage underneath, a wardrobe and desk with shelves for books and all rooms have sinks.  The furniture also includes lockable drawers for valuables.

The ground floor houses a large common room, where callovers (daily registrations) and house meetings are held.  The common room contains Sky+ HD Satellite TV with a DVD player, as well as a piano, pool table, table football and Xbox games console for recovering from the academic exertions of the day.  We also have a house BBQ and seating area with benches for social events in the summer. These areas are the social hubs of the house and where visitors are allowed at certain times. There is also a Quiet Room that contains several computers and a house library.  Wi-Fi is available throughout the house.