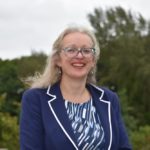 Mrs Tait took over Crosse in 2016.  After studying Classics at Oxford University and spending a decade working in Public Relations in London, as well as Sport Sponsorship & Event Management in professional round-the-world yacht racing, Mrs Tait became a Classics teacher in 2006 and has also been tutoring day and boarding boys throughout this time. A former Head of Careers and Head of CCF Navy Section, Mrs Tait has also coached rowing and sailing at a competitive level. She joined Ardingly College as Head of Classics in 2012 and currently teaches Latin in the Prep School and Classical subjects in the Sixth Form. With all of her own life experience, she believes firmly in boys pursuing what they are passionate about, and has a keen interest in how to manage a boy’s potential so that each one fulfils their ambitions for further education and a rewarding life beyond. She will also be seen avidly supporting boys’ sporting matches as well as their performances in the all-important house events; including sport, music, art, drama and the infamous Steepo cross-country run! 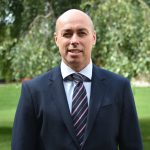 Mr Hart was appointed Assistant Housemaster in 2019. He is a Mathematics teacher who returned to Ardingly in 2018 after 16 years at Brighton College, where he had roles as a Housemaster (for 8 years), the Assistant Head of Maths and the Head of Charities. Mr Hart lives locally with his wife and teenage children, he loves sport, especially cricket and hockey, and has managed school teams. He is an active supporter of house life, naturally immersing himself in the daily and ‘bigger event’ activities.

Crosse is definitely a home-from-home for the day boys. All the boys are housed in a large building with generous study rooms, a big common room, ICT suite, kitchen, TV, table tennis, table football and pool table. There is a strong sense of community, looking out for each other and respecting each other’s individuality. The boys are ably tutored and supervised by house staff in Crosse during the week, all of whom help to create a supportive atmosphere. Over the years, Crosse has also become a major threat in all the inter-house competitions and the boys pride themselves on being quietly competitive! The prefects, house staff and the boys’ parents organise an active social calendar throughout the year, and our Christmas and summer parties have become popular events.

The Crosse House motto is ‘Tentando Superabis’, which means ‘Through striving you will succeed’.