Due to the increased number of girls attending Ardingly College, we are excited to have introduced a new Girls’ Day House. The new Burgess House, aptly named after Ardingly’s first female teacher, Mrs Archie Burgess is a modern purpose-built home to the girls providing light and spacious common room and study areas.

In Burgess House, we want girls to appreciate the beauty within and realise it’s not the outside that matters. This isn’t just important in relation to how we treat others, but also for our own self-worth. We would like Burgess girls to talk confidently about the strengths of their personalities and the qualities they bring to the house as individuals, rather than worrying about what other people think of them. 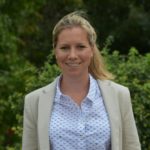 Alex Hill- Alex has been at Ardingly for over ten years. As Head of PE and a coach of girls’ sport, she has plenty of experience working with girls in and out of the classroom. Alex has worked in day and boarding houses as a tutor and is excited to take on the challenge of becoming a housemistress.

Emily has taught at Ardingly for 3 years and is also in the PE department. Her enthusiasm is infectious, she is adventurous, loves the outdoors and all sports, cricket, skiing and netball in particular. Emily has worked in boarding in previous schools and moves across from Aberdeen where she was the Boarding Assistant.