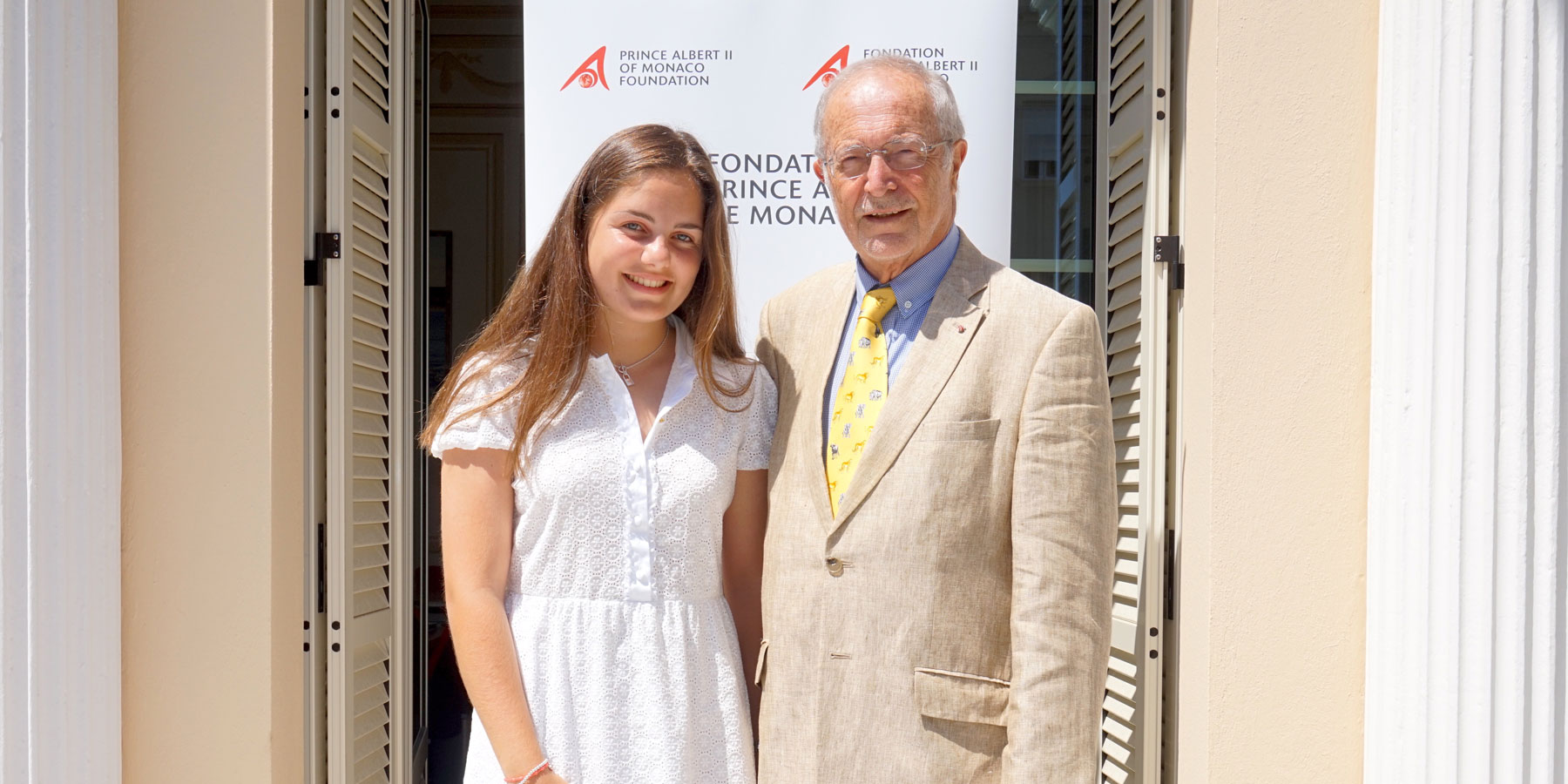 Photo of Ardingly Pupil, Marie, meeting his excellency Bernard Fautrier at the Foundation of Albert II of Monaco.

Prince Albert, a keen sportsman, environmentalist and automotive enthusiast, heads a Foundation committed to the promotion of renewable energies and the role they play in the transition towards a low carbon economy.

He says Ardingly College’s approach and values are in line with his, adding:   “I wish the solar car team every success in the design, build and race of a new solar car, following Ardingly College’s successful participation in the 2015 Bridgestone World Solar Challenge.”

Prince Albert’s Foundation is not only supporting the project as patron, it is also donating 10,000 euros to help it become a reality.

The leader of the Ardingly Solar Car team is a former businessman, Dr Andrew Spiers, who is the College’s Director of Science & Technology. He said: “We are all overwhelmed and honoured that Prince Albert is endorsing our endeavours and becoming our patron. This is an amazingly ambitious engineering project that involves a range of skills and training, which our girls and boys are undertaking with enthusiasm and dedication. It is thrilling to witness.”

In 2015, Ardingly College fielded the first team of schoolchildren in Europe to design, build and race a solar-powered electric vehicle more than 3,000km from Darwin to Adelaide. The team came a reputable 6th in their class.

Now, in a dedicated solar car workshop in the grounds of the school’s 230-acre campus, students are designing and building Solar Car Mark II. It is incorporating the latest technologies capable of completing the 3,000km under solar power alone. Dr Spiers said that achieving this would be a first for any UK solar team and a first for any school in the world. He explained: “The new car will be completed in 2017 and will then enter trial events in the UK and overseas in preparation for the 2019 World Solar Challenge.”