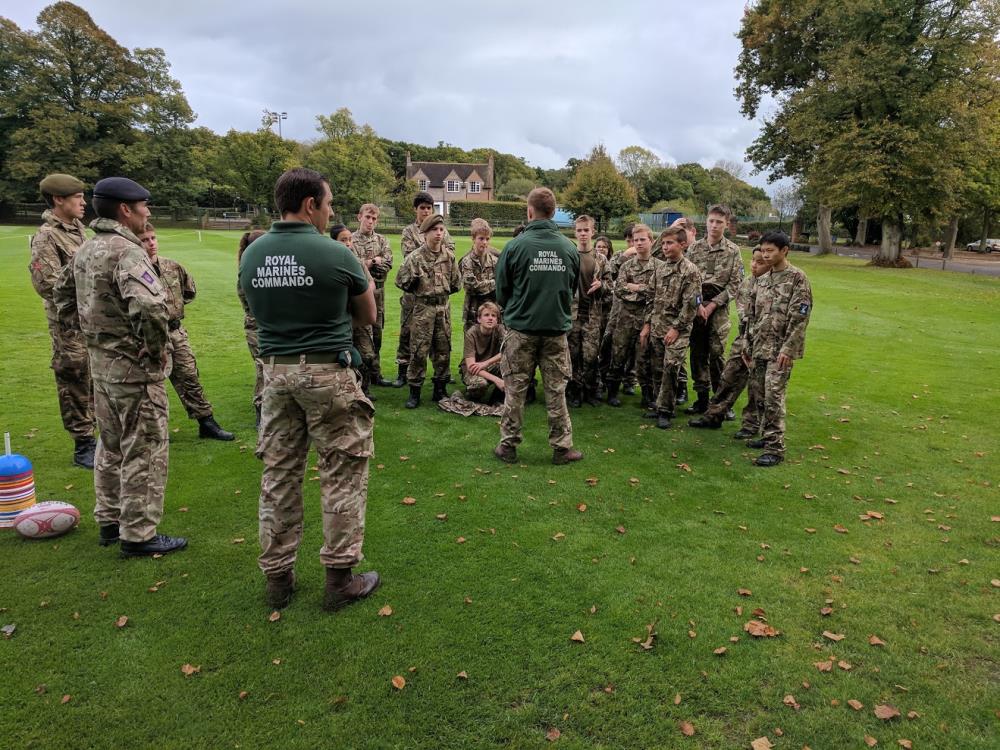 On Monday 9th of October students at Ardingly College were extremely privileged to have a session with two Royal Marines. The session began with a presentation on what the Royal Marines duties are and how they do them, followed by a short clip on what it takes to become a Royal Marine. After the presentation there was a gruelling fitness session, which many of the cadets found “the most physically enduring task ever.” This gave a great insight into how fit and well-disciplined the Royal Marines are. Exhausted after the fitness session, cadets had to make up a game of their choice to demonstrate qualities including: explanation skills; engaging well with others; and quick thinking. The two separate groups came up with two games, one was contact bulldog the other was capture the flag. After a long afternoon the Royal Marines departed Ardingly leaving behind cadets who now know what it takes.