Rowing Success on the Thames 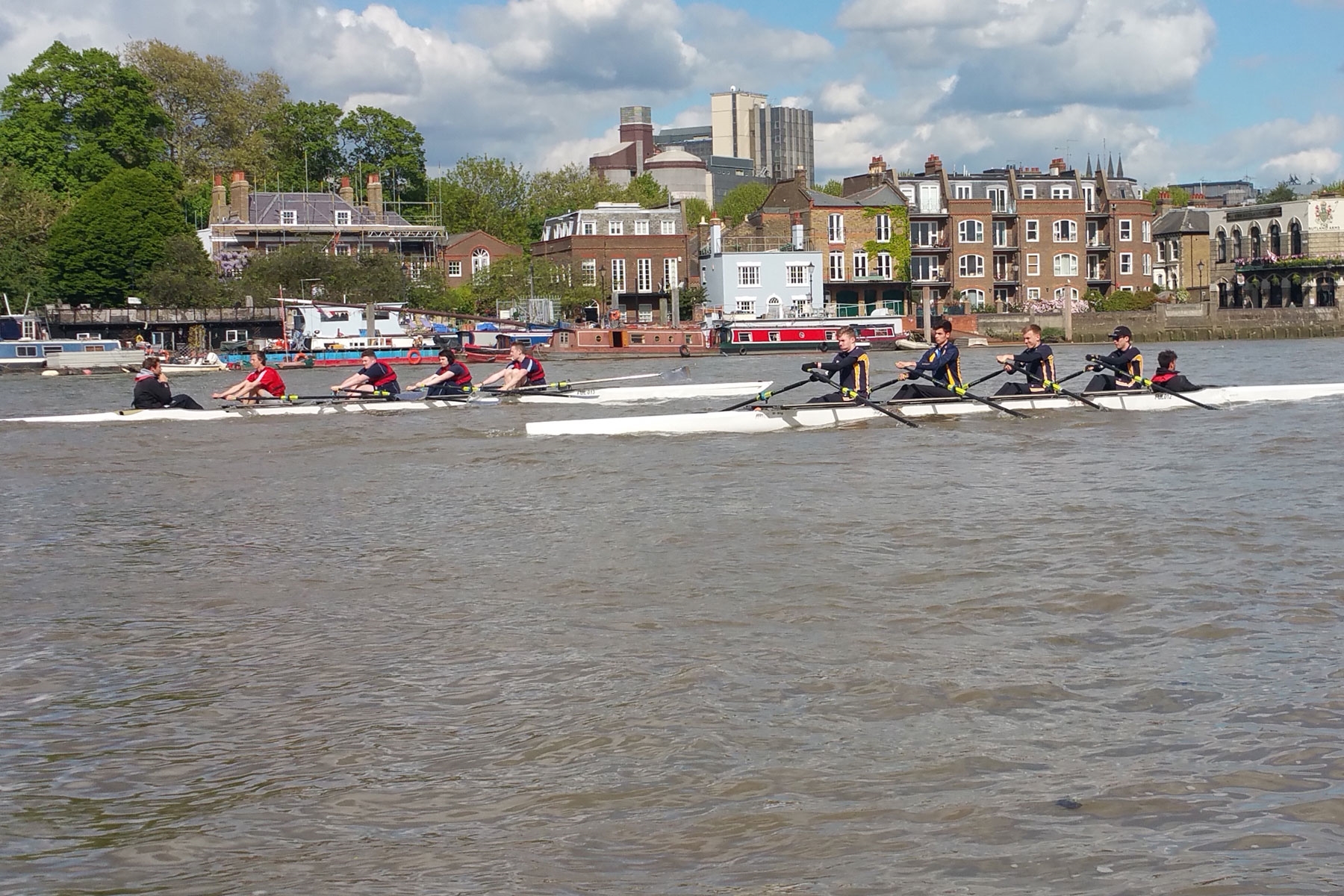 Rowing on the Thames in London on the iconic Oxford & Cambridge University Boat Race course underneath Hammersmith Bridge, they took part in a number of races in coxed quads against two other schools, rowing out of Fulham Reach Rowing Club.

First up was the men’s crew with Leone Trascinelli, RJ Francis, Jack Nienow and Oliver Ferres. In a best out of three contest they needed only two races to beat their opposition from Hammersmith Academy. They settled early into a strong rhythm and pulled steadily away from their opposition throughout the races.

Not to be outdone, the women’s quad of Hetty MacLellan, Ashley Mulligan, Hope Warren and Millie Warren left their opposition from Sacred Heart School in Hammersmith no chance. In two races against three different crews they dominated, making this first trip a total success.

It was great to see how well each of the crews raced and applied their newly acquired skills in mastering conditions with stream, wind and other river traffic, which are so different from the tranquillity of our own lake.

Everybody enjoyed their first taste of a regatta. Big thanks must also go to the Fulham Reach Rowing Club, who made this opportunity possible. We are extremely grateful for the use of their boats and experienced coxswains and for making us so welcome. We have invited them back to Ardingly for a return visit in the autumn or winter to give Ardingly College pupils the chance also to prove themselves on their home water.