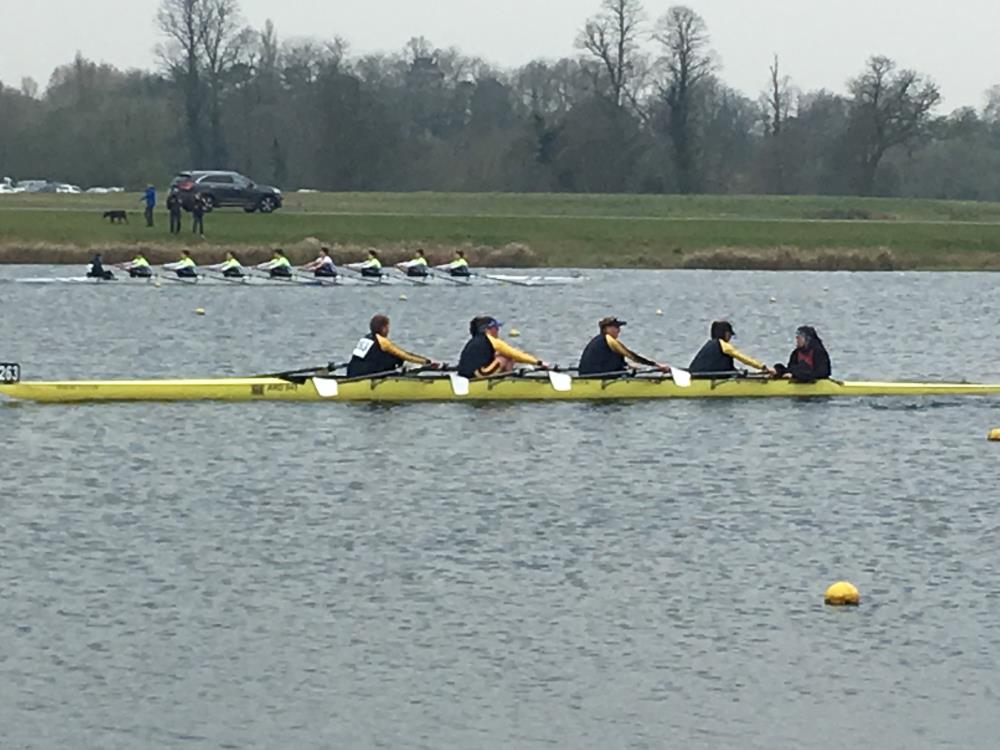 Two Remove (Year 10) girls competed in the National Junior Sculling Head at Eton Dorney, the lake that was used for the 2012 Olympics. Millie Warren and Hetty McLellan did very well and came 14th and 46th respectively out of approximately 80 boats.

This term we have been using teams consisting of a combination of junior and senior sailors in order to expose the junior to team sailing early on.
The team entered two stages of the Bough Beech Icicle Series (Fireflys) in February and managed an impressive second place in one race, beaten only by the previous National Firefly champions.
The team recently entered the NSSA Two Boat Championships (Fireflys) at Farmoor, Oxford and Harry Tucker, Zac Riley, Robbie Elliot and Will Price must be commended on their resilience and determination, coming in third place out of the school teams.  they were beaten only by Winchester and MCS, both National Champions within the last three years, and missed  out on a place in the semi -finals by less than a boat length!
Ardingly College is lucky to have the beautiful Ardingly Reservoir at the bottom of the campus and to work in partnership with their watersport staff to provide rowing and sailing lessons for pupils. As a result watersports are growing in popularity. Fifth and Sixth form pupils are able to choose rowing or sailing as an option during their games periods while younger pupils train at evening clubs and at the weekends. There are also indoor rowing training session on site.