Rebecca is a Futures Cup Winner

Rebecca was invited to a High Performance training camp as an Under 17 last year and who is the fourth member of the current 1st XI squad to have played in a Futures Cup tournament in the past two seasons. She was selected as one of the top 18 players in the whole of the South of England to be part of the Saxon Tigers squad. Comfortable victories over the Welsh and Scottish sides set up a final against the West England side, the Wessex Leopards, which they duly won 6-3 to win the tournament. Let's hope Rebecca takes her outstanding form into the rest of the school season after half term.

As a result of her outstanding performances at the Futures Cup, Rebecca has been selected in the England Under 18 training squad.  Rebecca is joined in the National squad by Lower Sixth student, Alexandra Malzer, who has been selected a year young. 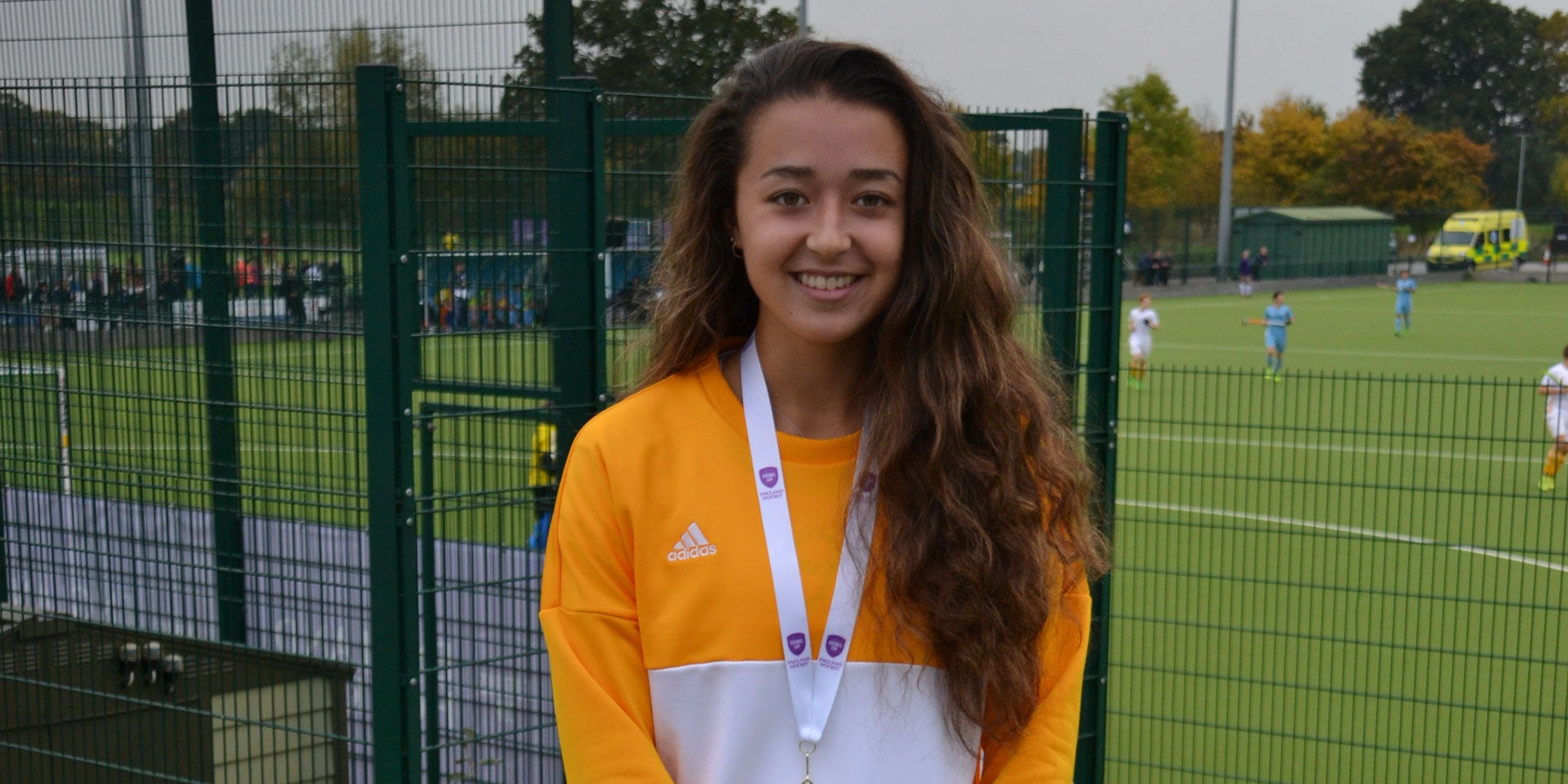