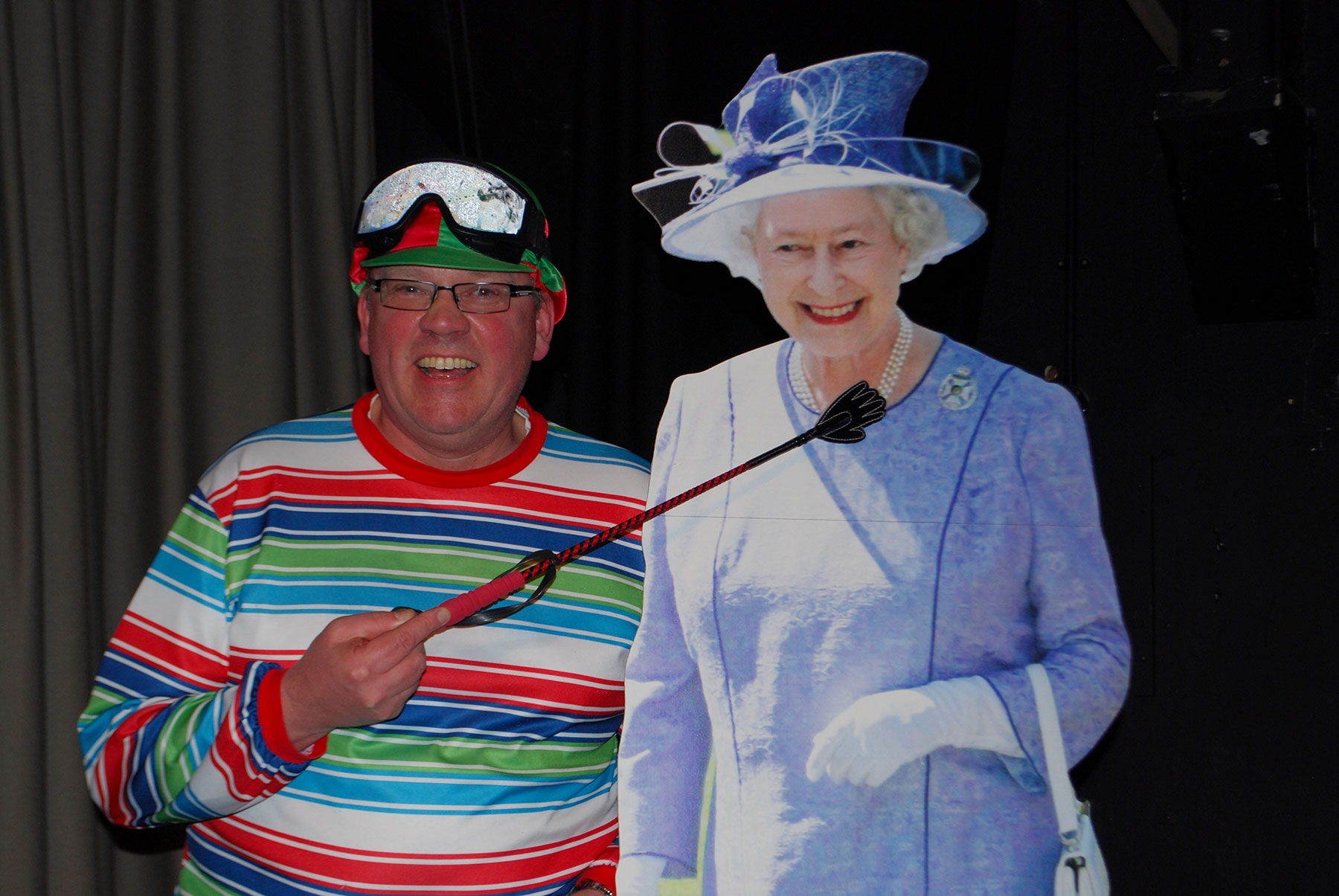 In a fun-filled, raucous Race Night, organised by Director of Operations Paddy Jackman for the College’s suppliers, £4174.12 was raised for our Ardingly in Africa charity projects.  This will be split equally between the Kenya and Gambia causes.

The tone of the evening was set when Paddy appeared in silks rather than his normal suited attire.  Races were generously sponsored by various suppliers and each horse ‘bought’ by companies supporting the event.  Winning horse owners received their prizes in the ‘Winners’ Enclosure’ in the presence of Her Majesty (in cardboard cut-out form!) on her 90th birthday.  Sixth Form students acted as bookies, and punters were encouraged to donate their winnings to the cause. The finale was a pig race with each entry named after a member of the Support Services’ team.  They were auctioned off to enthusiastic owners with suppliers fighting to keep on the good side of their Ardingly clients which resulted in some pigs being ‘sold’ for over £100.  Congratulations to ‘Dishevelled Neville’ who pipped ‘Paddy the Plodder’ to the post.

We look forward to seeing how our Sixth Formers make good use of this money and the other funds they have raised when they visit the Ardingly projects over the summer.

Thanks to all the following suppliers and sponsors of the event: