Ardingly College was abuzz with energy when solar power became the hot topic for girls and boys from prep schools around Sussex. The children were taking part in a day aiming to enthuse them about science, technology, engineering and maths. The event was inspired by the success of the Ardingly Solar Car project when, during a three-year period, the college’s students designed, built and raced their own solar-powered electric vehicle more than 3,000 km across Australia.
During the STEM Day, the 80 prep school pupils were divided into groups and given instructions as to how to build their own solar car. This involved Science – investigating solar energy and forces; Technology – the importance of body shape and the use of computer aided design (CAD); Engineering – building the vehicle and race preparation; and Maths – trigonometry and calculating the angles of the sun. 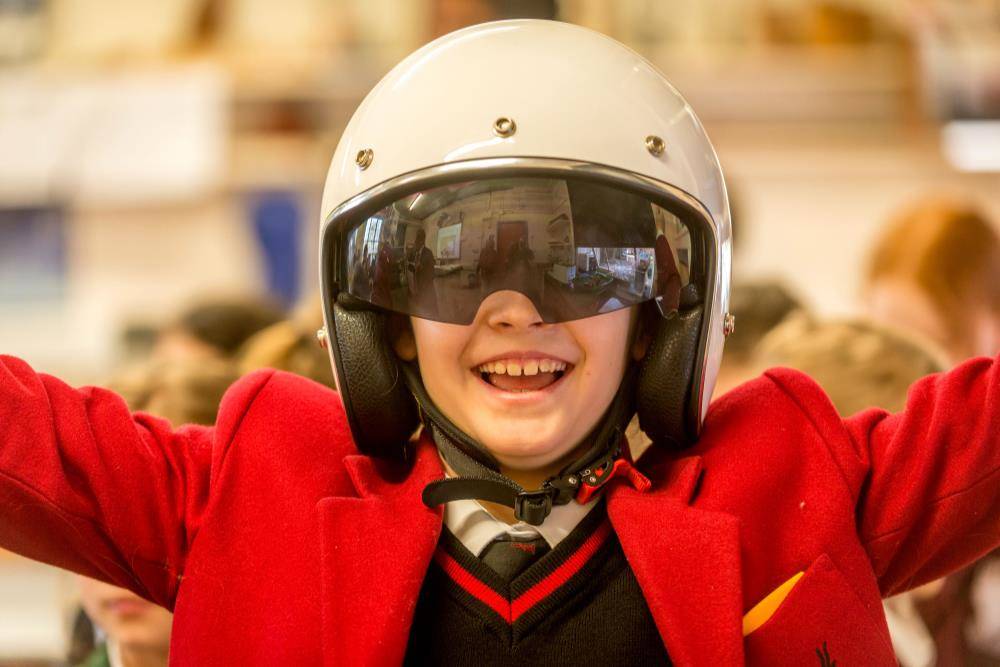 Ardingly College Head Boy Matt Price, who was manager of the Ardingly Solar Car project team that raced from Darwin to Adelaide in the Bridgestone World Solar Challenge last year, gave a talk to the children about his experience.

Then came the children’s own Solar Challenge, on Ardingly College’s own Solar Speedway track, with each team racing the solar powered buggies they had designed and built themselves. Team Five, made up of Emily Thomas from Ardingly, Isabel Wall from Belmont, Fearghus Beauchamp from Great Walstead and Eleanor MacGregor from St Andrews, were declared the winners after fighting off fierce competition from 17 other Prep School teams.

Lesley Copping, Head of Science at Copthorne Preparatory School, said:
“The children were absolutely buzzing with excitement and enthusiasm. The next day they were telling all the other children about it.”

Copthorne Prep pupil Abigail Guest said: “I loved today! I’ve never made something as unique and fun as a solar car and even though I didn’t win, it was exciting and wonderful. My favourite bit was making the body because I love doing something responsible and independent! I made a few new friends and I have to say that the sweet potato soup we had was delicious.”

To find out more about the Solar Car project visit click here.