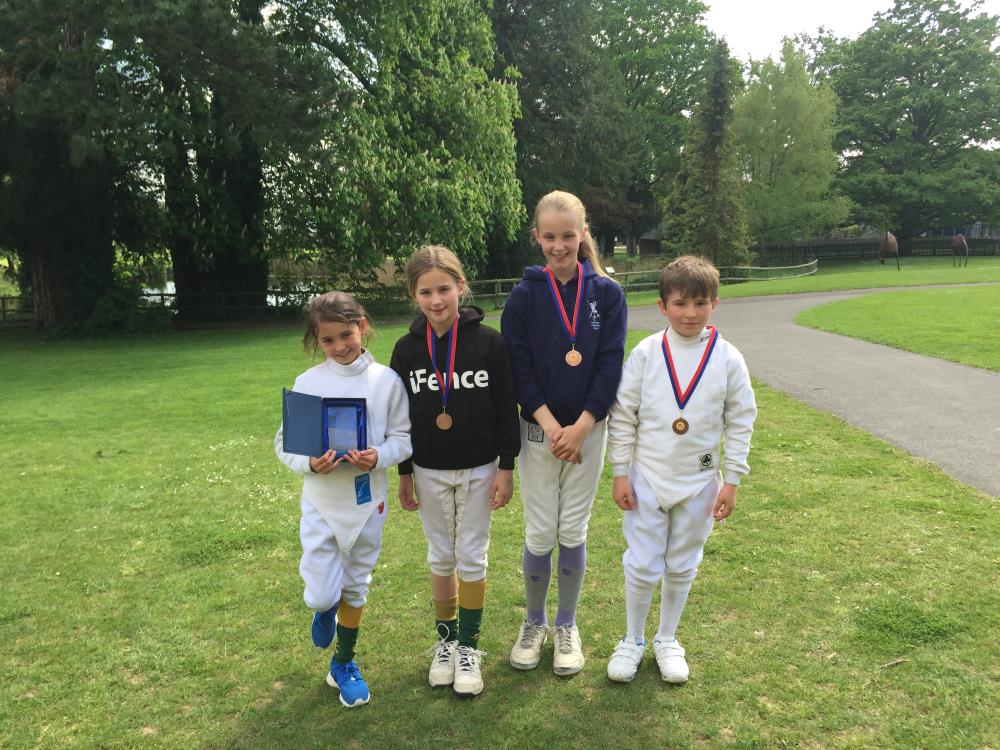 Our Prep School fencers put up a brave fight in the IAPS Fencing Championships. A nail biting experience all round and a runner up medal in the Under 9’s final.

In the U11 girls’ foil, Eve Gatley and Amelia Ward were our two fearsome competitors, finishing 16th and 10th respectively. They battled hard in their poules taking points away from some excellent fencers. Eve then had to battle to stay in the competition and she was ready for the challenge. She fought hard to win 10-8 and earned a place in the last 16. Both girls then had to face much more experienced fencers and did themselves very proud. In the U14 epee, Helene Maurice-Jones was keen to practise her wrist hits and started superbly. She was well placed in the direct eliminations and kept up her winning form, earning herself a medal for the top 6 fencers. All of these girls were the youngest in their categories so I hope they will all be back with vengeance next year.

In the U9 Foil event, we had Annelise Maurice-Jones, Connie Penlington, Monty Blockley and Andrew Inglesfield. This is one of the few events to hold an U9 age category so it was also their first external competition. Annelise was on fire in the morning, only losing 1 of her 8 poule fights, ranking her 2nd at lunch. Connie was also going well and building momentum as the day went on. Andrew and Monty were holding their own against some gigantic U9s! They all progressed to the knock out rounds and fenced very well. Andrew won his 10-9, keeping us all on edge! This great win meant he earned himself his first ever fencing medal. Annelise and Connie also won their elimination fights but this lead to the ultimate showdown; they had to fence each other meaning one of them would definitely be knocked out. Annelise had been putting a brave face on over the pain. Unfortunately on this occasion, she couldn’t continue anymore and this meant Connie was through to the next round and in the final few fencers. We all watched on as her confidence grew and she stormed to victory 10-6 in just over 2 minutes. So there we were with an Ardingly girl in the final and she was a very respectable runner up.