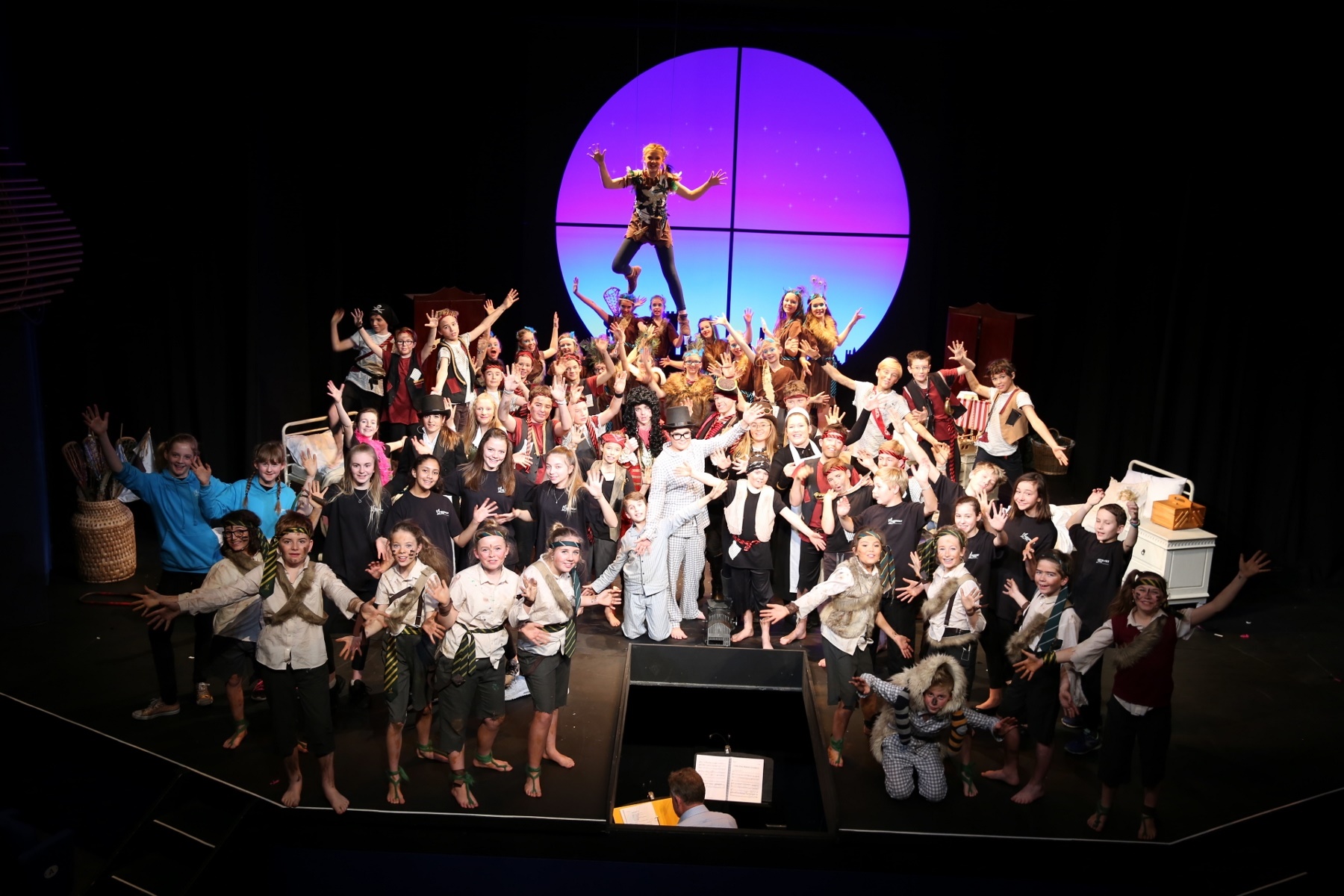 Children at Ardingly College Prep School were flying high when they performed in a musical production of Peter Pan.

Head of Drama Mary Spink’s spirit of playfulness was in full flow as the extraordinarily talented children in Years 7 and 8 performed Peter Pan with a wonderful mix of ‘Disney’ exuberance and necessary melancholy.

With a set and production worthy of a West End audience, the children performed the JM Barrie classic at the Chequer Mead theatre in East Grinstead, with an astute, yet inspired twist.   The Darling children are happily playing in their nursery, when bedtime brings with it a fear of starting prep school.  As a distraction from the unease of growing up, the children act out the story of Peter Pan, with the eternally youthful Peter arriving through the nursery window to whisk the children off to Neverland, flying included!

The innocence and dreaminess of Wendy, played by Year 8 Beth Martin, contrasted beautifully with the boyish virtue of the ever-so poised Peter Pan, played by Year 7 pupil, Matilda Lee. And with Hook (Will Blenkinsop) portrayed as a sinister, yet magnificently abject crone, this fantastic, sparkling, up tempo adaptation has taken its place not only as a Disney classic, but an Ardingly one too.