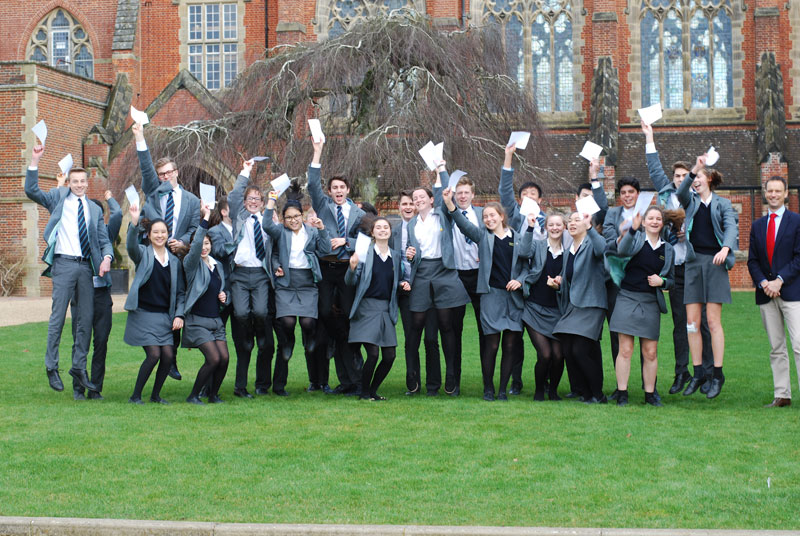 Many congratulations to the 25 pupils in Fifth set 1, who ALL gained an A* in their early entry IGCSE Maths exam, sat in January.

The class averaged an incredible 94.2% making these the best set of maths results for five years at Ardingly College.

Once again the College is thrilled at this outstanding academic achievement which is further evidence of Ardingly’s continued improvement and success.  All pupils produced a mark of 90% or over in at least one paper.

Special mention must go to Simon Leung and Shailen Gopaul, who both averaged 100% from their two papers, and to Joseph Martin and Noel Sitou who both scored 100% in the second paper.

Andrew Middleton, Head of Maths, said: “I am very proud of the students who took their IGCSE early and achieved such brilliant results. What a tremendous achievement.”

The Junior Maths Challenge Team had their regional round of the national team competition last week. The Ardingly team was comprised of Shell pupils Laura Crooks and Timi Esan, plus Ethan Cowdrey and Laura Borland from the Prep school. The team were jointly in the lead after the first two rounds but could not quite hold onto their lead finishing a very creditable third place out of 15. Well done to all four pupils involved.

Congratulations to all 120 Middle School pupils who sat the Intermediate Maths Challenge recently. We had fantastic results with 13 pupils earning Gold certificates, 30 gaining Silver and 29 being awarded Bronze. Ethan Cowdrey (Year 8) gained the highest score overall, and is one of 9 pupils who have progressed through to the next round of one of the further competitions.