Opening of the Ardingly Observatory by Br Guy Consolmagno, Director of the Vatican Observatory 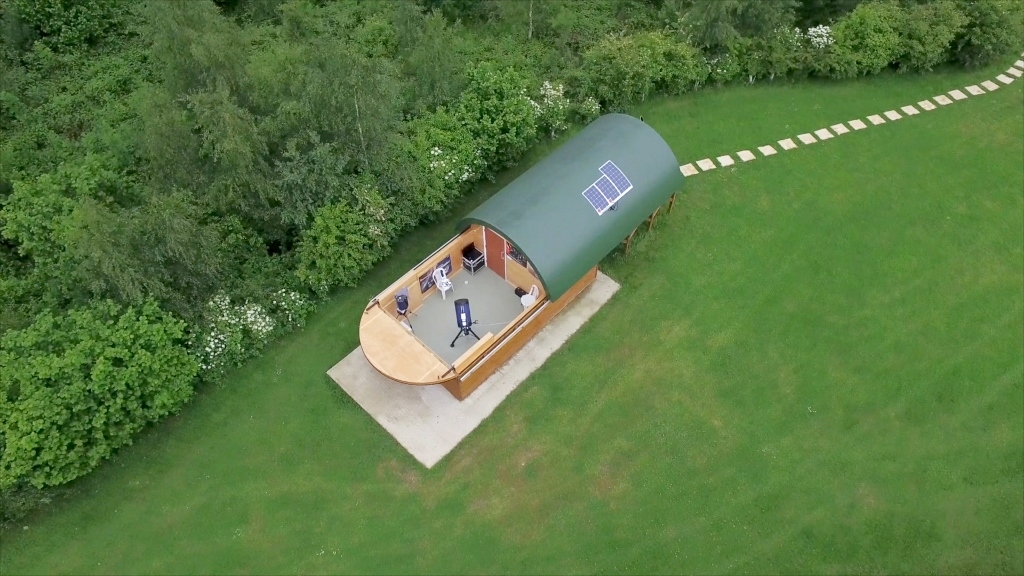 On a beautiful sunny afternoon Br Guy Consolmagno, the Director of the Vatican Observatory, brought the blue skies of Rome with him when he opened the new Ardingly College Observatory. He mused upon the importance of astronomy, what it is to be a part of creation and the basic question of humans, ’How do I fit into all this?’.  Unveiling a plaque which honoured the Ardingly patrons who supported the project, Br Guy looked to the future when he said he hoped that in a 100 years from now, ”We might be welcoming students here from across the galaxy.”

Ardingly’s  Observatory was built following an original design by the school’s master carpenter, Nick Marchant. It is a roll off roof observatory that is home to a 14" Meade ACF main telescope on an EQ8 Pro mount which allows students to observe the Moon and the planets as well as even fainter stars, nebulae and distant galaxies. The observatory is totally ‘green’ as it uses solar power to operate the telescope and its accessories.

Since it opened for use in December 2015, the Observatory has welcomed over 300 students from the local area, including Guides and Scout groups. As Dr Andrew Spiers, Head of Science and Sussex STEM teacher of the year, said:  “We aim to stretch the imagination and knowledge of all the young people who visit our Observatory.”​