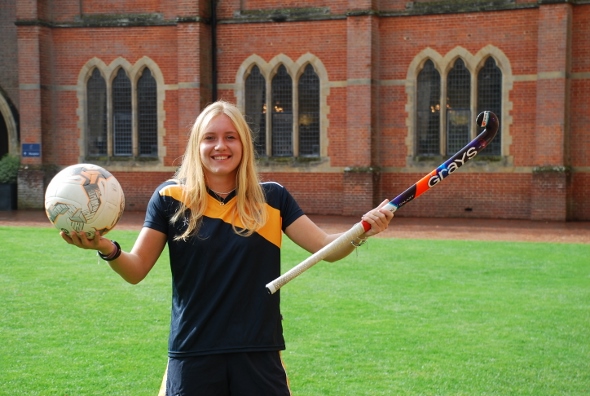 Selection for a National team is a feat in itself but being selected for two different sports, Hockey and Football at a National level must be fairly unique.

Alexandra has been selected to represent the ISFA National team squad at their training camp at Cambridge in October, then at St. Georges Park (the home of England football) in December to represent the Country against Scotland and Wales.

A massive achievement on its own, made even greater by the fact Alexandra has already this year, been selected to play for England Hockey. A rare and amazing occurrence will happen in October,  Alexandra will be training with England Hockey, before travelling down to play for the National ISFA team the following day.