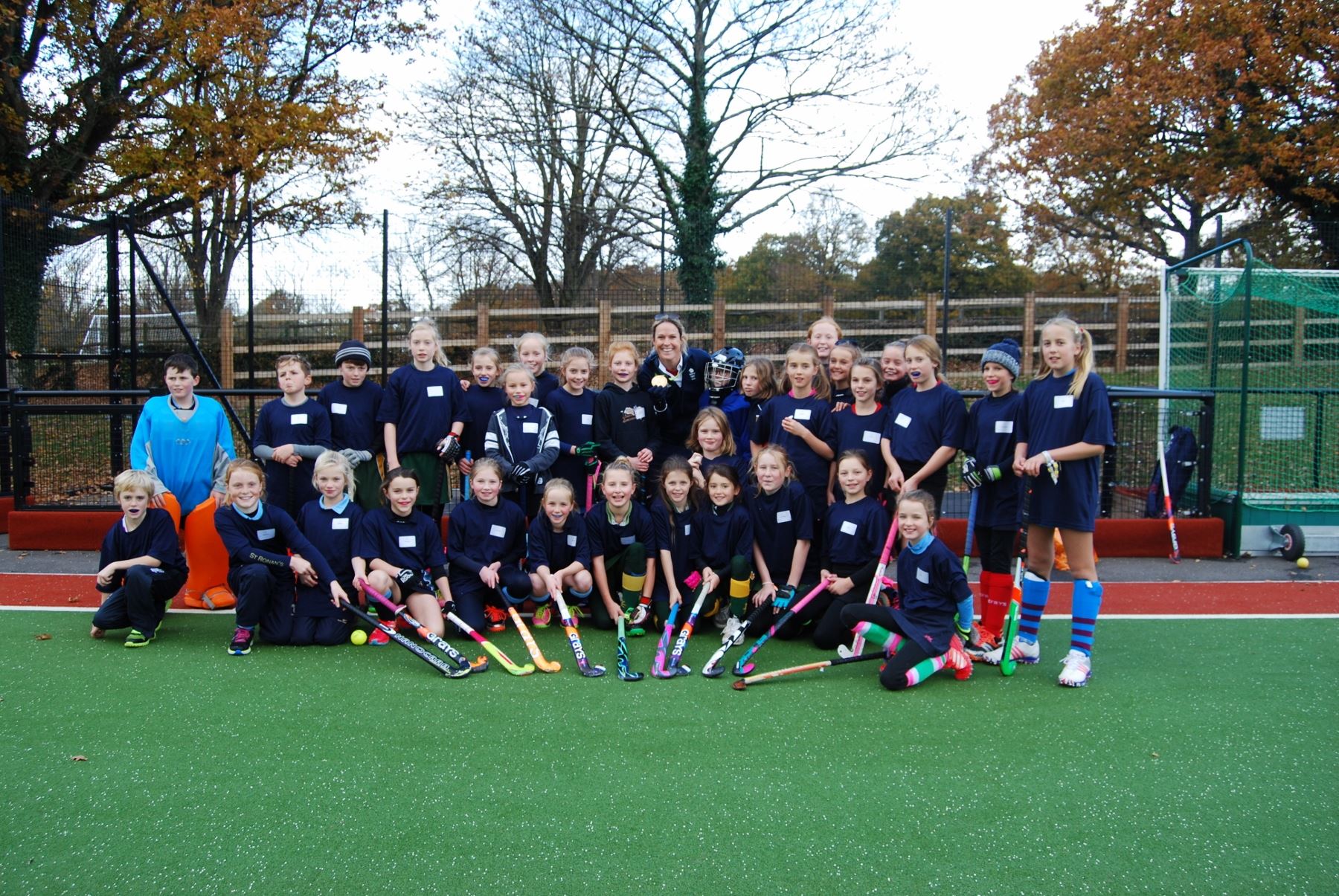 35 lucky girls and boys in Years 5 and 6 from Ardingly and other local schools were coached by Olympic Champion Crista Cullen. Crista scored a goal in the final against Netherlands, helping GB to a 3-3 draw before the shootout win. She was joined by Ardingly’s own hockey coaches, all of whom have also played at international level.

Over the morning the pupils developed their skills through various drills and enjoyed a motivational talk by Crista in which she said by dedication and training hard they could follow their dreams. She spoke of the GB hockey team's heavy training schedule, including a session on Christmas Day to ensure that competitors could not gain an advantage. Crista also  stressed the importance of  their having bonded as a team, with the squad  foregoing first class seats on the way back from Rio as there was room for only 16 out of 19 of the players.

Ardingly College has welcomed a number of GB hockey stars over the last year. In March Olympians Georgie Twigg, Ashley Jackson and Barry Middleton led a training session for Prep School pupils to open the new astro pitch and Alex Danson trained the U16s prior to an important cup match last season.

“The hockey success in Rio and the opportunity to meet and train with Crista and these other international players inspires young talent. Hockey is one of our major sports and we are doing extremely well with our U14  and 1st XI girls crowned current County champions” said James Stedman, Head of Hockey at Ardingly College.