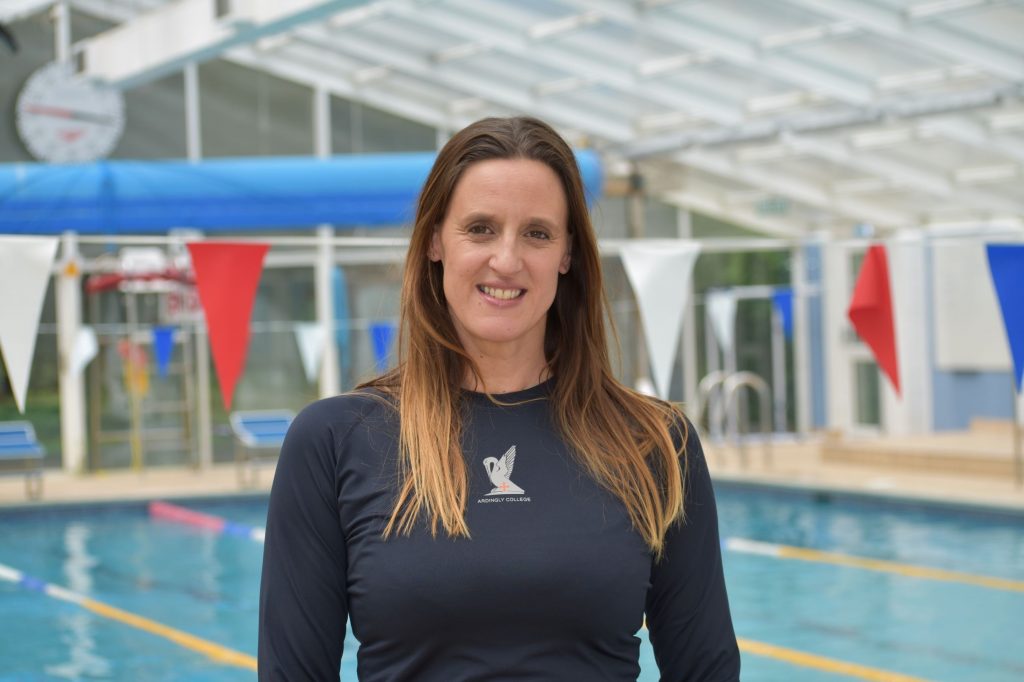 Ardingly College are delighted to announce the appointment of Karen Pickering, MBE, who is joining our swimming coaching team at the school.

Karen represented Britain at a senior level for twenty years, during which time she won more major championship medals for Britain than any other female swimmer and won the most Commonwealth medals for England of any female athlete in any sport. She was the first British female swimmer to win a World Championship title when she took gold in the 200m freestyle in 1993 and competed at 4 consecutive Olympic Games (1992 – 2004).

Ardingly College has a proven track record in swimming success with twenty-two swimmers invited to the Nationals this year.  Karen will have the role of not only providing the highest quality teaching of swimming at the College, working with existing students, but will also be charged with working with other community local groups that wish to use the pool. The result will be to improve and develop an all-inclusive Ardingly Swim School for the community and a top-class programme for our students.

Karen expressed her delight: “I’m thrilled to take up my post at Ardingly College and look forward to overseeing the development of swimming both in the school and through a new learn to swim school. My ambitions for the Swim School at Ardingly College are sky-high and I hope to see many more students reaching the Nationals and beyond, but also to introduce and develop this life-skill.”

Karen Pickering made her international debut in 1986 and went on to win an incredible 35 Major Championship medals & 38 National Titles. She set two World Records, was four times World Champion, won 14 European Championship medals and 13 Commonwealth Games medals including four Gold. At the 2002 Commonwealth Games Karen was given the honour of carrying the English flag at the Closing Ceremony. Karen was awarded an MBE in 1994 for services to swimming.