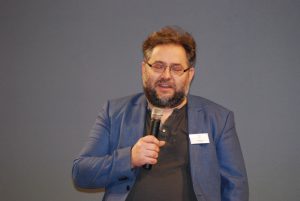 The drama is the real-life story of how the 2004 murder of French national Amelie Delagrange was eventually linked to the murders of Marsha McDonnell in 2003 and the abduction and murder of Milly Dowler, as she travelled home from school in 2002.

DCI Sutton dedicated himself to finding Delagrange’s killer. With very little evidence, his painstaking approach and the diligence of his fellow officers gradually led to breakthroughs in the case.

Ed Whitmore spent time with DCI Sutton to try and gain an understanding of how he was thinking and feeling as lead investigator on the case. Over sixty police officers were in his command in the hunt for Bellfield, with no evidence linking the killer to the crime.

Speaking of why he chose to base his script on Sutton’s memoirs, Mr Whitmore described how he was drawn in: “I read the first half of DCI Sutton’s diaries and what struck me was how well he puts you in his shoes”.

Mr Whitmore revealed:  “there is so much crime drama on TV. I’ve written my fair share of it for the last twenty years (Silent Witness and Waking The Dead) so it was very humbling to see how it was really done, be faithful to that, then see how much the police give and the sacrifices they make.”

Commissioned by ITV’s Head of Drama, Polly Hill, Manhunt was produced by Philippa Braithwaite. She said: ”Ed Whitmore has written a very sensitive and accurate portrayal of this significant case based extensively on DCI Colin Sutton’s very personal memoirs during his years as a senior police officer.”