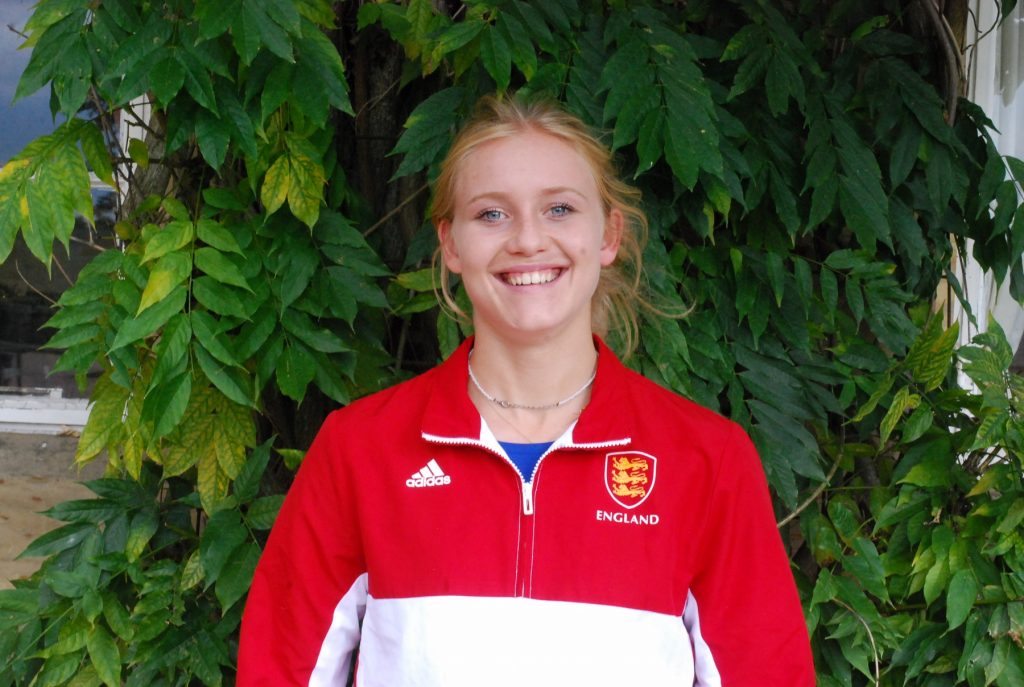 Alex, taken when she got her first call up to the Junior GB squad, when she was at Ardingly College

Old Ardinian, Alex Malzer, could become the first player born this century to play for Great Britain women after the Sussex teenager was called into the Fédération Internationale de Hockey Pro League squad.

GB Hockey announced on Thursday 21 March a 20-strong squad for their matches against the USA and Argentina in the latest batch of global league fixtures and included the 18-year-old, a former student of Ardingly College.  Alex has represented England at under-16 level and is a multi-talented sportswoman after success at national junior football level too.

The University of Nottingham student is also the latest to emerge from the Elite Development Programme.  Coach Mark Hager said: “Young midfielder Alex Malzer has shown good development in our EDP and has now been provided with this opportunity to further assist her in growing on the world stage.”