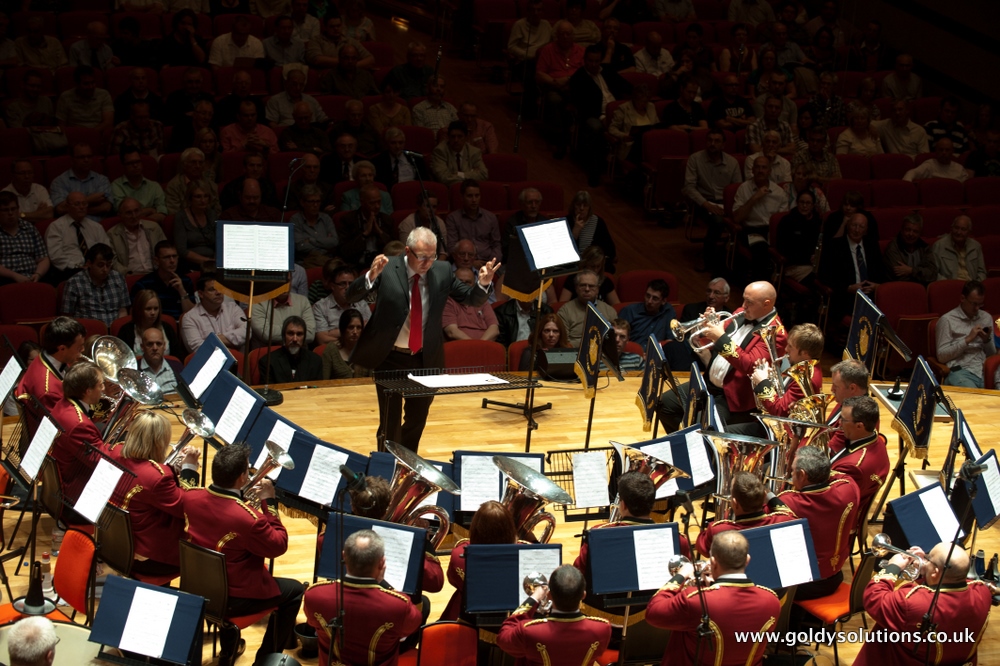 Simply, this was an unforgettable experience for pupils and audience alike as the band, fresh from auditions with Britain’s got Talent alongside preparations for the European Band Championships, wowed all with their explosive playing, subtle nuances and warm tone.

Earlier in the day, pupils of the college were involved in workshops with specific instrumental tutors whilst Iain Brown (Lower Sixth ) and Laura Crooks (Year 8) were able to perform with the band. Both showed consummate performance technique as Iain played with immense subtlety and control in his performance of Horowitz’s Euphonium Concerto whilst Laura revealed a musical maturity well beyond her years with a clinical and dynamic performance of James Curnow’s Fantasy for Trombone.

With a packed chapel in attendance for the afternoon concert, Tredegar Brass Band treated the audience to range of different arrangements including settings of Barbara Streisand, popular brass music and film scores. The concert was rounded off with pupils from the college joining forces in an incredibly powerful performance of McArthur Park. The band certainly left an indelible impression on the pupils and audience alike and we wish them every success as they travel to Ostend to compete in the European Band Championships.