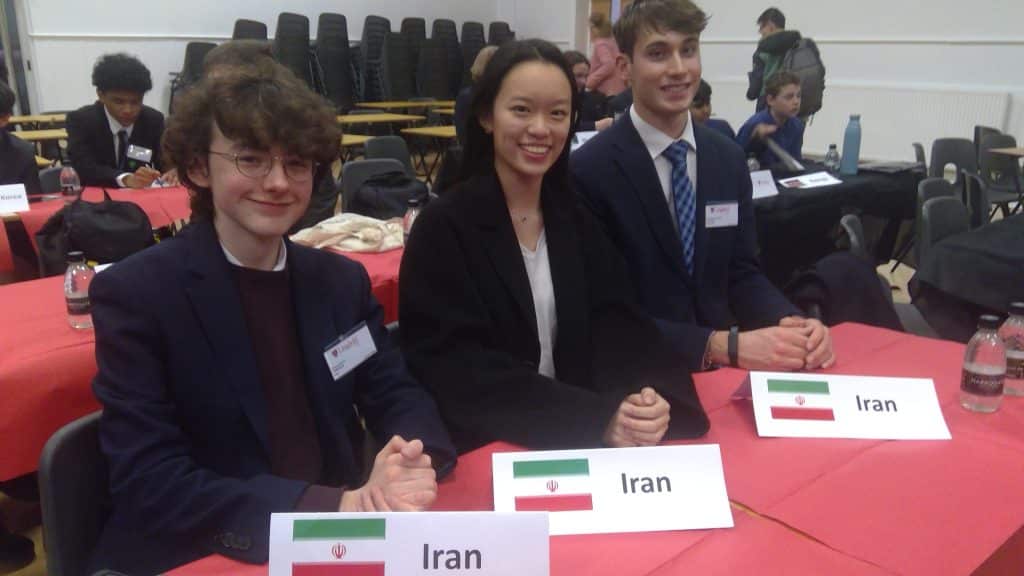 A group of Fifth and Sixth Form students participated in the Model United Nation Conference at Lingfield College – representing Iran, France and Germany.

By role-playing meetings like the Security Council and General Assembly, participants get a unique insight into how the United Nations works. They researched, debated and tried to solve some of the world’s most pressing problems, just like the real thing. By putting themselves ‘in the shoes of world leaders’ students better understand international affairs and global politics. Adopting a particular country’s position students find themselves arguing from an unfamiliar perspective, developing knowledge, understanding and empathy.

Heloise Moreau spoke to the complete General Assembly and took questions in front of more than a hundred delegates. Ed Casement also appeared in the General Assembly, asking a question to another country. Plus, Stirling Thomas was ‘Highly Commended’ in his committee, for which he represented Germany. 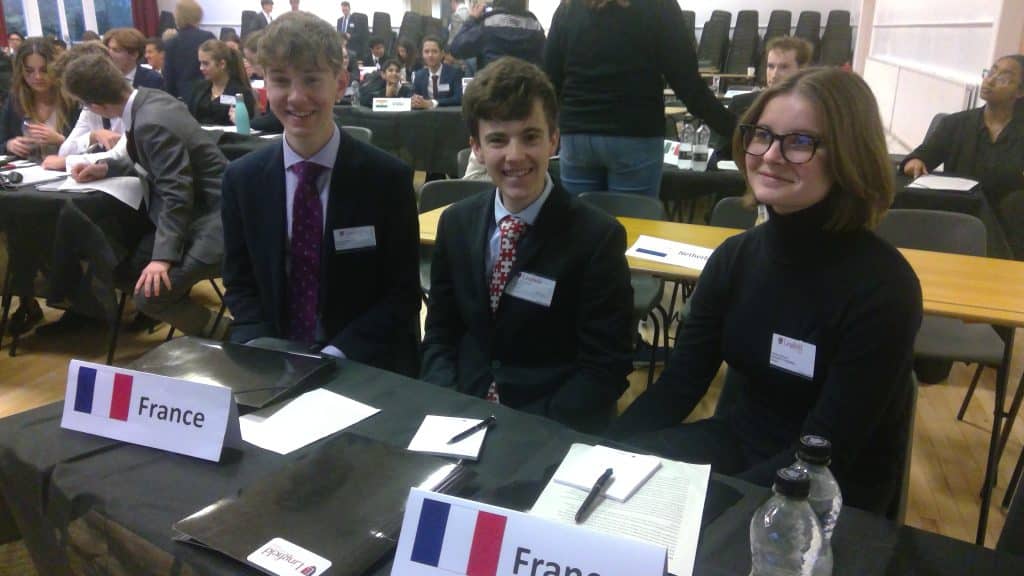