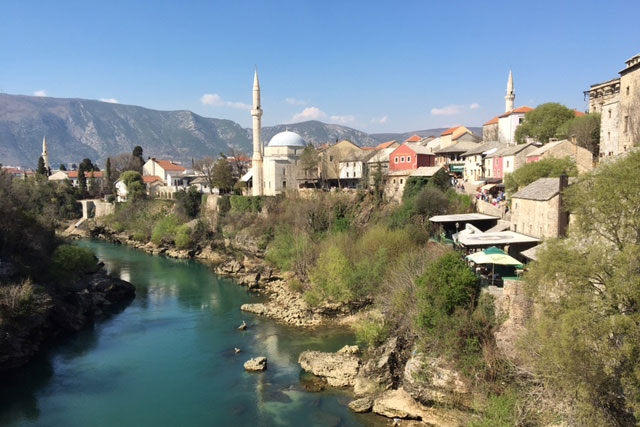 Sixth Former Freya Thursfield writes that after the 12-hour journey, during which Mr Large and Mrs Maurice-Jones endured loud singing on the bus, the first evening consisted of the opening ceremony, with speeches from the organisers and Secretary General at the school, with occasional songs performed by the students. The Ardingly College group was then led by a student guide to dinner, a delicious medley of Eastern European food, before crossing Mostar’s beautiful bridge to socialise with other students. 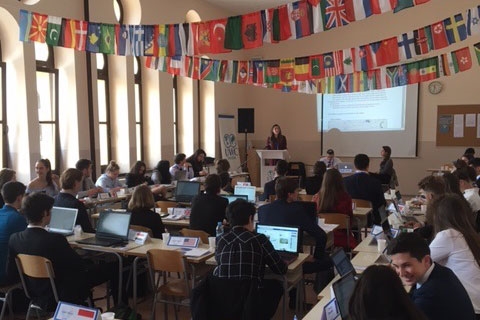 The next morning, at the conference itself, position papers had been written for countries and resolutions made between them, all ready to be debated over the next three days. The Ardingly College students went their separate ways, with Alec Watson off to the EU committee, Charles Amos and Alessandro Oriani to the World Trade Organisation, Caroline Smith to the Environmental Committee, Stephanie Ausch to the Cultural Committee, George Figgis to the Historical Committee and Ivan Filipov, Olga Krasnenkova, Harry Samra and Freya Thursfield to the Security Council. Over the next day and a half, many questions were asked and speeches made by the Ardingly students. From an attempted Communist takeover in Security Council, to taxing Brazil 5,000%, to desperately trying to get Bosnia and Herzegovina into the EU, all of the students fought hard for their perspectives to be heard and voted for by their councils. The evenings consisted of talent shows and Earth Hour recognition, followed by a disco.

After a day and a half in committees and resolutions passed in nearly all of them, it was time for selection for the General Assembly, where the most active six delegates from each committee were picked to have another day of debates on entirely new topics. George, Stephanie, and Harry were given some time off to wander the old town, whilst the other seven drafted new resolutions under new countries to try to protect the interests of people in self-governing territories, resulting in some very interesting perspectives from nations such as Israel and Russia. At the end of the second day of General Assembly, it was time for the conference to come to a close. At the closing ceremony Alessandro, Ivan, Caroline, Alec, Freya, George and Charles all received mentions for their work in their initial committees, with Charles also receiving an honourable mention for General Assembly.

Freya says: “It was a very successful weekend and the students left knowing more about the world and having made close and memorable friendships.”