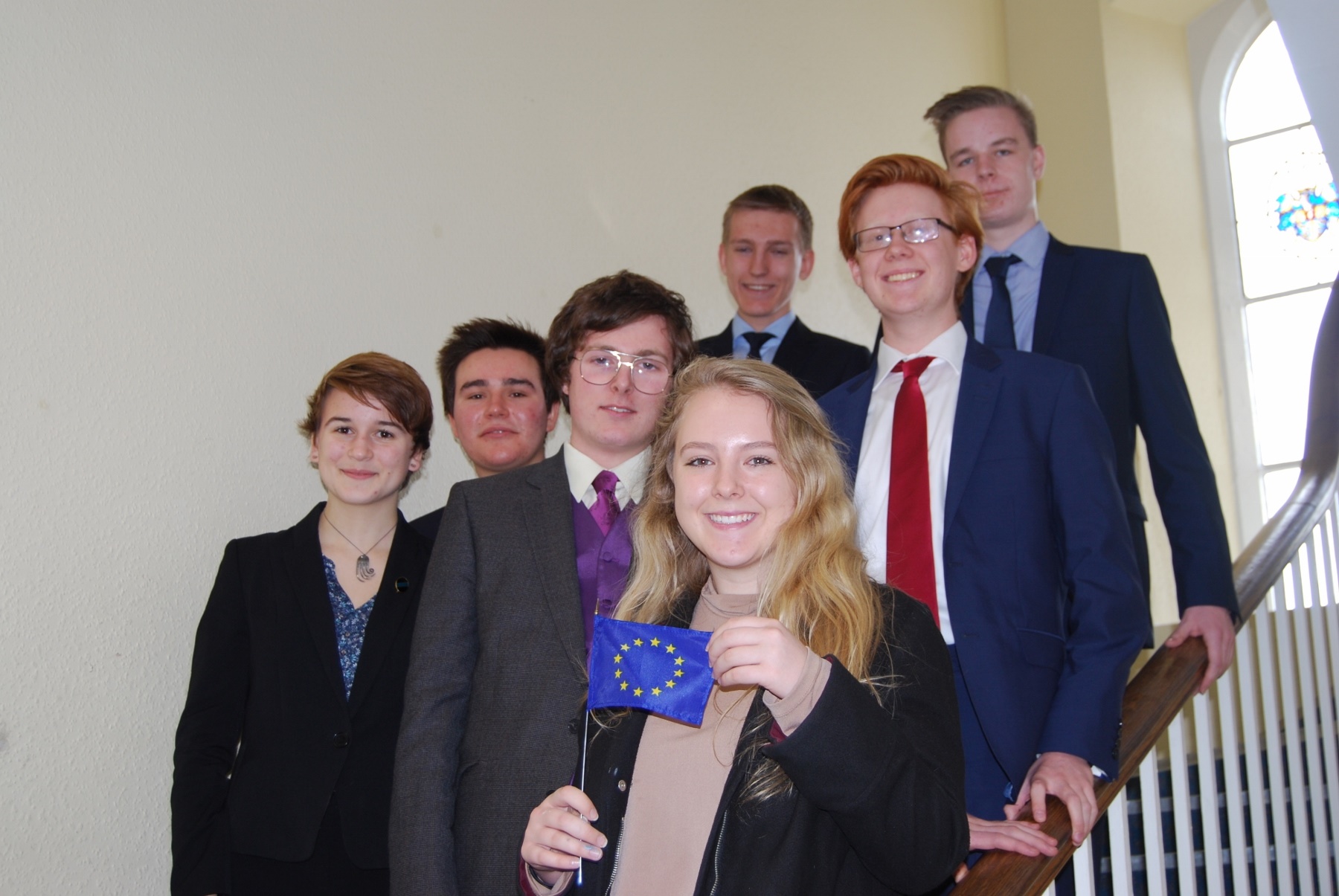 Seven students from Ardingly College received the accolade of ‘Outstanding Delegation’ when they took part in a two-day Model European Parliament in the Netherlands earlier this term.

During the visit to Kerkrade, students were split into political factions, with  committees assigned to the discussion of  issues ranging from the refugee crisis to educating Europe about the European Union and how it works.

Freya Thursfield said every student had the confidence to stand up and make a point, with many of the Ardingly delegates making many points, leading to the College being awarded ‘Outstanding Delegation.’  She said: “Several amendments were submitted and passed by Ardingly College students; papers were fought for or against, and sometimes a simple but significant Point of Information would be flagged up, sparking further discussion and enriching it. Some of our delegates, in particular Charles Amos, quickly developed a reputation for his rousing, if controversial, speeches.

Freya added: “The students also learned how frustrating it can be to have significant points brushed over or ignored, and therefore how to make every spoken word count.  We left having created new friendships and connected with like-minded European counterparts, participated in lively and interesting debate, and with a greater understanding of what it is to function as a part of a system bigger than individuals or countries.”