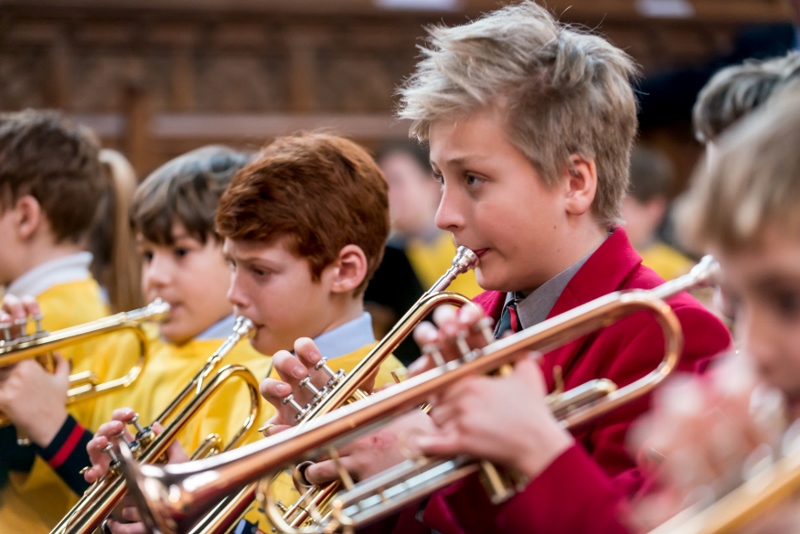 Roy Ayers famously stated that ‘the true beauty of music is that it connects people. It carries a message, and we, the musicians, are the messengers’. For the 120 primary and prep school pupils who came to Ardingly College on Monday, 5th February, a huge sense of connection, continuity and celebration of music was evident.

Pupils from West Sussex Music Service, Harlands, Blackthorns, Great Walstead, Prebendal, Cumnor House in Croydon, Thomas’ Battersea, Ardingly Prep and Cumnor House in Sussex, all joined forces in this annual day of music-making. Starting from scratch, pupils performed a number of works from the film world, musical theatre and a quieter folk song to complete the musical array on offer. Pupils were treated to sectional rehearsals then Ardingly’s senior concert band joined in so the total ensemble numbered some 140 pupils. The collaboration of all the students ensured a great ‘noise’ was heard throughout the College all day, culminating in a fabulous concert in the Chapel at the end of the day. We look forward to welcoming pupils next year!