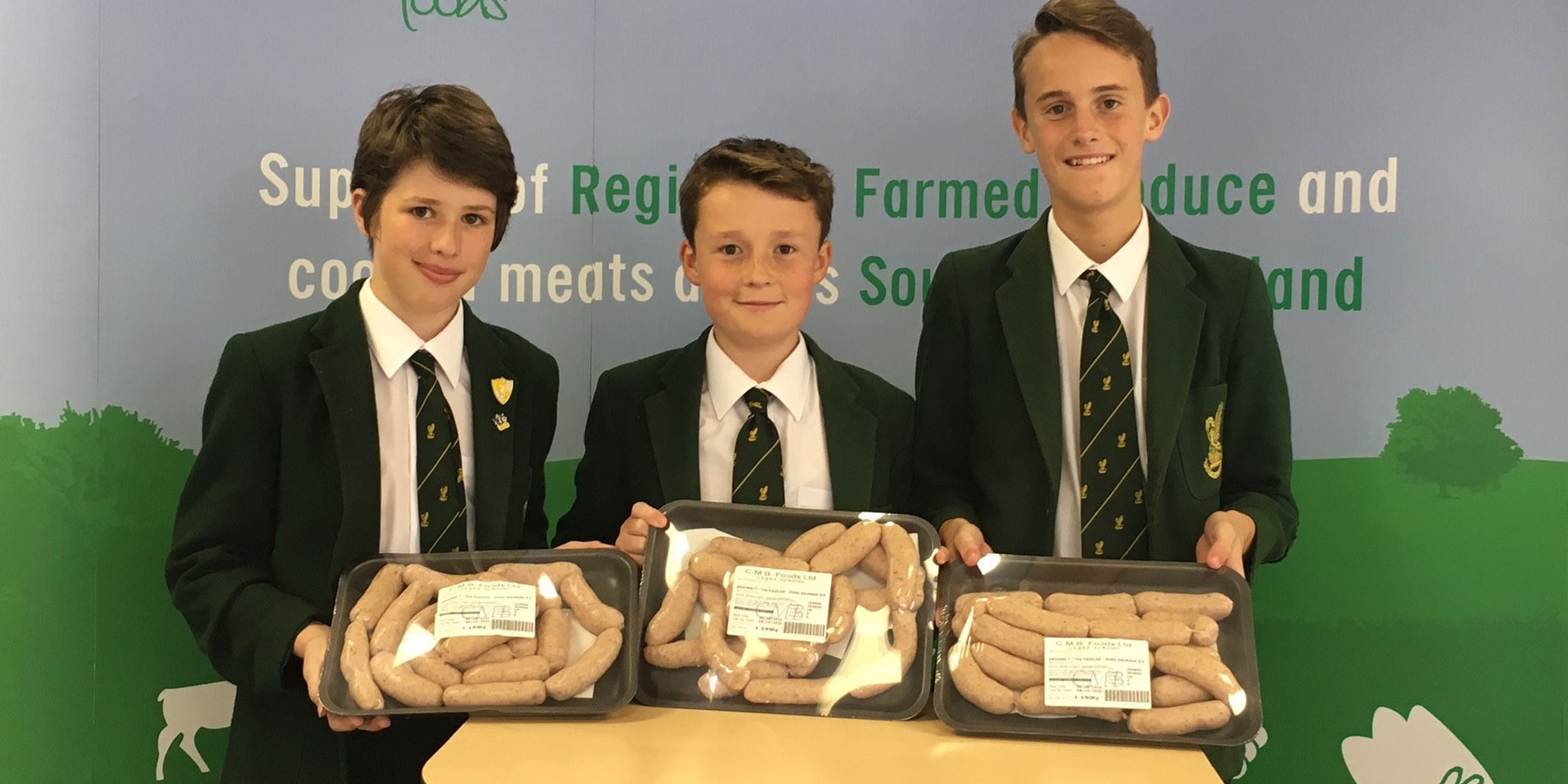 Ardingly College’s infamous sausage competition has been won by Prep pupil Jack Farrell. The sausage will be served regularly as part of the school menu and to visiting sports team. The Frazzler will replace the Tripolata, created by Ardingly triplets a couple of years ago.

In a competition where students were asked to design their "ultimate sausage", to celebrate British Sausage Week, Jack fended off competition from over 100 fellow pupils. Other entries included a Terry 's chocolate orange sausage and a duck and mango sausage.

The main ingredients in his sausage, are pork, basil, oregano, thyme and leek.

Jack said he got the idea for the recipe from television and his friends. "My dad forces me to watch cooking programmes with him, my friends fired lots of herbs and spices at me and  I put them together to test my special recipe. Amazingly, it tasted great.”​Jack   visited   CMB Foods, the school butcher, with two friends. The boys were given a full tour of the CMB Food production site and were trained in how to make sausages and made a batch of The Fazzler, to take home for dinner.​