Ardingly College is proud of its International representation in the latest squad selections. 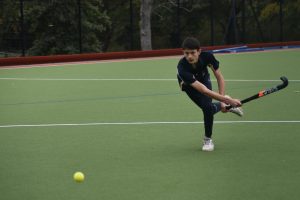 Jack W in Remove (Year 10) has been selected for the England U16 squad. As a dynamic midfielder he is part of the Ardingly College Elite hockey training programme and also plays for Marden Russets HC. After a grueling selection process over a number of months and an injury concern after breaking a finger, Jacks efforts were rewarded with his place in the squad for this summers programme.

Joe Naughalty, Head of Hockey, has been selected to represent Wales in the European Championships In Amsterdam this June and Alexandra Malzer an Old Ardinian has been selected as a travelling reserve for England.

Joe has been a member of the Wales squad for over 10 years and also plays for Premiership Club East Grinstead. He heads up the College Hockey and leads the Elite Hockey programme where he is able to pass on his skills and knowledge to develop pupils tactical, technical, psychological and physical aspects of the game.

Wales kick off their tournament with a game against Germany on Friday 4th June (16:00 BST) and will also play France and Holland in the group stages. Joe said “It’s fantastic to be able to represent Wales against some of the best teams in the world on the big stage again and great to have the support of Ardingly College through all of the training in preparation. It’s going to be strange with all of the COVID restrictions and a shame that no friends or family can be there to support but I know they will be watching and cheering us all on from back home.”. 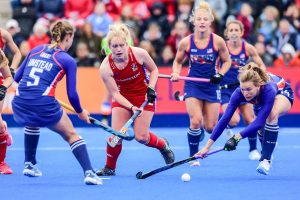 Alexandra Malzer, currently a student at Nottingham University was part of the Ardingly College team that went to the National Finals, and made her Great Britain debut at 18. When Alex graduates from University this Summer she will rejoin Ardingly College as a Sports Grad to add further strength to the already impressive hockey coaching team that alongside Joe has Irish International Chloe Brown and ex GB International Richard Lane.